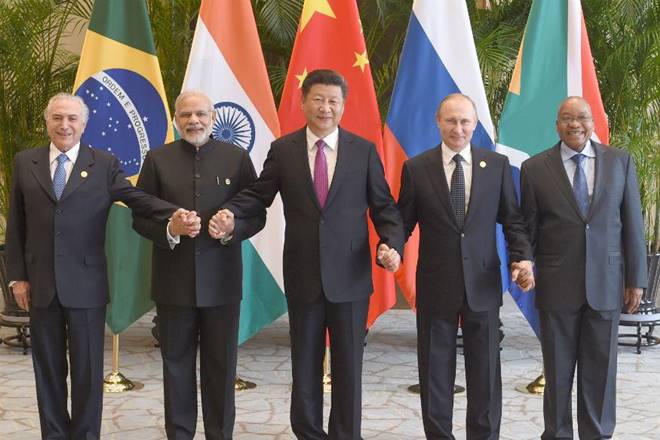 (TibetanReview.net, Oct14, 2016) – The North Goa district magistrate has denied permission to the Tibetan Youth Congress (TYC) to hold a peaceful protest against Chinese rule in Tibet during the Oct 15-16 BRICS summit to be held in the state, while 11 Tibetans were let off with a stern warning after they protested ahead of the summit. The week before, the state’s police chief, deputy inspector general of police (DIG) Vimal Gupta, had called on the around 1,500 Goa police personnel on BRICS security arrangements to keep extra vigil on Tibetans and stated that any protest will grab international attention and harm India’s reputation, reported timesofindia.indiatimes.com Oct 13.

In a letter to the North Goa Collector, TYC president Mr Tenzing Jigme had earlier written, “Over 100 Tibetans are expected at this rally in Goa. Since the illegal occupation of Tibet in 1959, over 1.2 million Tibetans have died. The situation inside Tibet remains critical and perhaps, one could even claim that the current crisis is the most volatile it has been since China’s occupation of the land.”

Jigme has said the TYC would now approach the South Goa Collector to seek permission.

Meanwhile, on Oct 12, the state’s Margao town police had arrested 11 Tibetans who were protesting ahead of the BRICS summit, reported navhindtimes.in Oct 13. The report cited police as saying the arrested Tibetans had come from Karnataka. It added that the Tibetans were produced before the Sub Divisional Magistrate (SDM), Margao, who ordered them to leave the state with a stern warning.

Heads of states and political leaders of 11 countries are visiting Goa for the 8th BRICS summit and the BRICS-BIMSTEC (Multi-Sectoral Technical and Economic Cooperation) outreach summit. BRICS is a grouping of Brazil, Russia, India, China and South Africa.

The timesofindia.indiatimes.com report said the summits will be fortified with a three-tier security arrangement involving over 5,000 personnel, including the paramilitary force.