(TibetanReview.net, Oct07, 2014) – Exile Tibetan leaders have expressed sadness at the passing away in Germany of Mrs Imtraut Wäger who had since 1975 devoted her life to helping Tibetan refugees, especially in the area of education. She passed away in Munich on Oct 2, aged 95.

Tibet’s exiled spiritual leader, the Dalai Lama, who last met her at Munich Airport while en route to Italy on Apr 9, 2013, has said Tibetans have lost a friend who, until her last breath, kept the wellbeing of needy Tibetans close to her heart. Writing to her family, friends and colleagues, he has referred to her personal involvement in assessing the needs and providing the help to Tibetans in Nepal and India. He has said he will remember her in his prayers.

Likewise, the head of the exile Tibetan administration at Dharamshala, Sikyong Lobsang Sangay, has said Mrs Wäger’s humanitarian work had played a pivotal role in the sustenance of the Tibetan community in exile and that Tibetans will remain forever indebted to her generosity.

Born in East Prussia in 1919, Mrs Wäger became a refugee during the Second World War. When she first visited India in 1975, the situation of the Tibetan refugees evoked memories of her own escape and she immediately set up Deutsche Tibethilfe (German Aid to Tibetans) which she ran throughout from her small two-bedroom apartment in Munich.

In June 2005, the Dalai Lama presented to her the Washington-based International Campaign for Tibet’s Light of Truth award for her “outstanding contribution to public understanding of Tibet and its current plight”. She was a co-recipient of the award with former Czech President Vaclav Havel and Dr Otto Graf Lambsdorff of the Friedrich Naumann Foundation.

Mrs Wäger’s life story exemplifies what a single person can achieve, wrote Franz Binder, a German journalist and author in his biography on her, titled as Amala: My Life for Tibet.

The Dalai Lama had visited her home office on May 31, 2003, to personally express his appreciation for her work in helping exile Tibetans. “Her endeavour has always touched me deeply and my conversations with her have always been hugely illuminating,” he was quoted as saying in the biography. 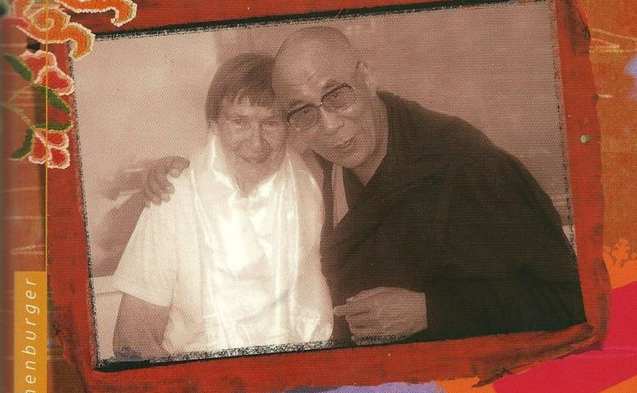