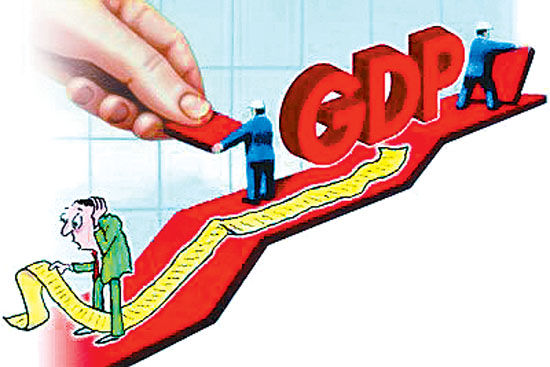 (TibetanReview.net, Mar16, 2015) – While most of the rest of the People’s Republic of China, including China itself, has settled on a “new normal” annual GDP growth forecast of below double-digit rate, in fact, 7 percent for this year, Tibet Autonomous Region (TAR) will continue to see a 12 percent GDP growth this year as well, reported China’s online Tibet news service eng.tibet.cn Mar 14. This is despite the fact that the TAR’s capacity to generate its own income remains abysmally low.

The report noted that the TAR’s economic growth had largely depended on financial support from China’s central government and aid from the rest of PRC and this will continue. But such support and aid are seen as being designed to stimulate the immigration of ever more numbers of Chinese workers and settlers with the consequences of marginalizing the local Tibetans and their ethnic and cultural identity.

The report said that in 2014, investment contributions from China’s central government, state-owned enterprises and the private sector were 35.3 billion yuan, 10 billion yuan and 30 billion yuan, respectively. It added that the combination of the three accounted for 81 percent of the TAR’s GDP in 2014.

The report said that during the current year, the last of the PRC’s “Twelfth Five-Year Plan”, fixed-asset investment in the TAR will surpass 130 billion yuan, up 20 percent year-on-year, covering a wide range of infrastructure projects that include railway lines, roads and airport renovations.

The report said the region will have no problem in achieving its 12 percent growth target due to continued central government investment, national support and a strong drive for self-development.

The report did cite some experts as saying the TAR government should reduce its dependence on investment while suggesting, however, that it take advantage of the central government policy to cultivate the region’s own industries and achieve sustainable development.

The report noted that the TAR remained the only province in the PRC whose GDP had not exceeded the 100 billion mark – it being expected to be 92.5 billion yuan for 2014, a 12 percent increased over 2013 – while the per capita income of the region’s urban residents last year was stated to be 22,026 yuan, only 76 percent of the PRC average. It added that almost a fifth of the region’s population still lived below the PRC poverty line.