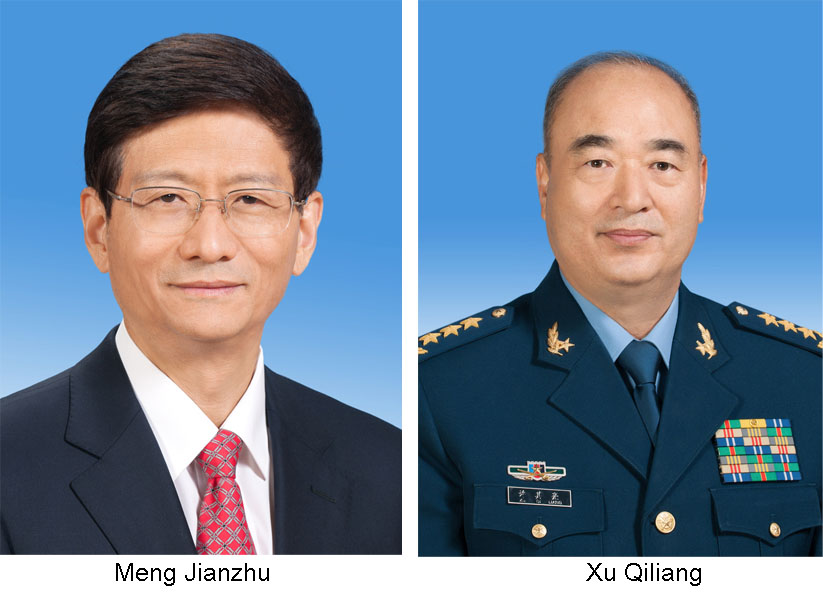 (TibetanReview.net, Jul25, 2014) –Two of the top Chinese leaders in Beijing have paid inspection visits to Tibet and called for further efforts to maintain social stability and discussed the development and reform of frontier troop units. Meng Jianzhu, head of the Commission for Political and Legal Affairs of the Communist Party of China (CPC) Central Committee, concluded a five-day visit on Jul 22. And Xu Qiliang, member of the Political Bureau of the Central Committee of the CPC and vice chairman of the China’s Central Military Commission (CMC), recently inspected the troops of the People’s Liberation Army (PLA) and the People’s Armed Police Force (APF) garrisoning Xinjiang and Tibet, according to official Chinese media reports.

Local officials should have a profound understanding of the long lasting nature of the anti-secession efforts, and always take them as the primary political task, the official Xinhua news agency Jul 24 quoted Meng as saying. He was reported to have vowed a harsh crackdown on separatist activities.

And during visits to the Jokhang Temple in Lhasa and other well-known religious sites, he has ordered the Tibetan Buddhist monks to make contributions to ethnic unity.

Xu Qiliang was reported to have visited the officers and men in frontier areas, and held talks with the leaders of the troop units garrisoning in Hotan in Xinjiang and Ali (Tibetan: Ngari) and Lhasa areas to discuss the development and reform of frontier troop units.

In Tibet, he also inspected an infantry brigade of the Tibet Military Command (MC) and the First Detachment of the Tibet Contingent of the People’s Armed Police Force (APF), reported China Military Online Jul 24. He was joined during the inspection tour by Sun Jianguo, deputy chief of general staff of the PLA; Miao Hua, political commissar of the Lanzhou MAC; Zhu Fuxi, political commissar of the Chengdu MAC, and others.