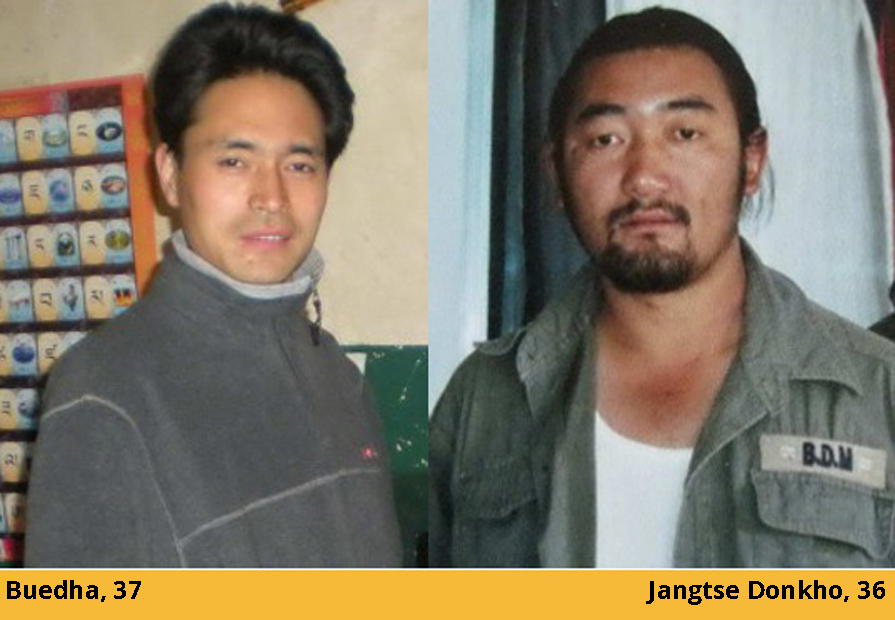 (TibetanReview.net, Jun24, 2014) –Two Tibetan writers jailed for their critical essays on China’s savage repression of the generally peaceful protests during the 2008 Tibet uprising are out of jail after completing their four-year sentences on Jun 20. China is not always known to free politically marked prisoners even after completing their jail sentences especially when it comes to ethnic Tibetans, Mongolians and Uygyurs. So, the release of Jangtse Donkho and Buedha from the Mianyang Prison in Sichuan Province on Jun 20 was welcomed by Tibetans in and outside their occupied homeland with an amount of festivity.

Jangtse Donkho, 36, was arrested on Jun 21, 2011 from his home in Ngaba (Chinese: Aba) County, accused of writing a “reactionary” essay. The essay, ‘What Human Rights Do We Have Over Our Bodies?’ critiqued China’s brutal suppression of the 2008 uprising which engulfed much of the Tibetan Plateau. The essay was published in the Shar Dungri (Eastern Snow Mountain) journal, which the Chinese government later banned.

Buedha, 37, who is also a medical doctor, besides being a writer and poet, was held on Jun 26, 2011 from a hospital in Ngaba County-town where he worked. He was taken in for his essay, ‘Hindsight and reflections’, which was also published in Shar Dungri. The essay questioned China’s propaganda version of the 2008 uprising protests and their suppression.

Both the well known writers were accused of inciting separatism through their literary works. They were charged under China’s State Security Law which punishes “any act endangering the security, honor, and interests of the State.”