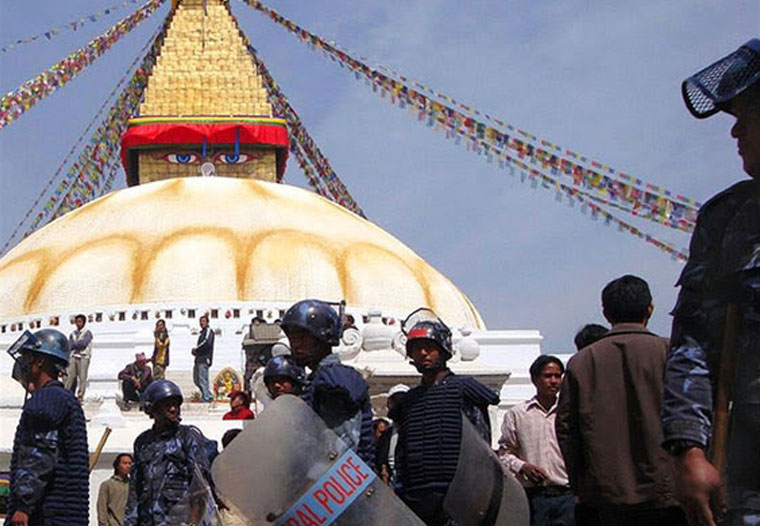 (TibetanReview.net, Sep10’19) – Brushing aside pleas from local bystanders and, in fact, warning them against speaking about it, police in Nepal’s northwestern corner district of Humla have on Sep 5 evening dragged away and handed over to Chinese border forces six Tibetans who had just crossed over to seek asylum, reported the Tibetan Service of rfa.org Sep 9, citing a trader who requested anonymity.

No details are available about the six Tibetans but the incident was witnessed by many local people, the report said.

“When those six Tibetan escapees arrived on Nepal soil [on foot], at a place called Legme, the Nepalese border police arrested them. From there, the Nepali police led the handcuffed Tibetan refugees to Simikto police station,” the report quoted the source as saying.

“The handcuffed Tibetan refugees were wailing in great distress at their fate, and were pleading the police with folded hands not to take them back to the Chinese,” the source was further quoted as saying.

The Tibetans, stated to be ruddy complexioned and in traditional clothing, were reported to have crossed into Nepal from Purang (Chinese: Burang) County of Tibet’s Ngari (Ali) Prefecture.

The arrest and deportation were reported to have taken place within the same day.

Tibetans as well as local Nepalese were stated to have repeatedly pleaded with the police to let go of the refugees, only to be responded with angry rebuffs and warnings.

Nepal has historically observed a ‘gentleman’s agreement’ with the UN High Commissioner for Refugees to protect Tibetan refugees traveling through Nepal on their way to India. But there have been occasions when deportations still took place.

The deportation of 18 Tibetans in Apr 2009 led to an international outrage, including in the US Congress, condemning the country’s violation of international norms for the treatment for asylum seekers. It compelled Kathmandu to issue a reassurance that a deportation would not happen again.