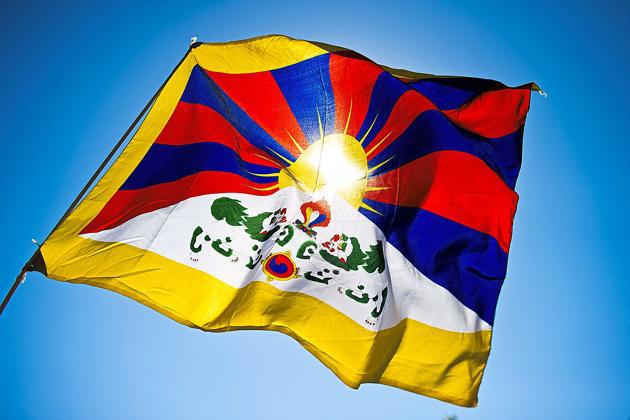 (TibetanReview.net, May05, 2017) – Countries under foreign occupation not recognized by the government of US cannot be allowed to be represented in a student Parade of Nations procession as far as the University of Massachusetts at Amherst (UMass Amherst) is concerned. This message was driven home when the university refused to allow the Tibetan national flag to be flown during its annual Parade of Nations procession of student flag bearers event.

The event is meant to enable students to proudly showcase the rich diversity at UMass. However, it only resulted in humiliating the university’s Tibetan students who were denied permission to display their national flag during the ceremonial event.

“I was very frustrated, very angry, very disappointed in my school. You know I have a lot of pride in being a UMass Student. And coming close to graduation, I feel like UMass just disappointed me,” westernmassnews.com May 4 quoted Tibetan student Kalsang Nangpa as saying.

Tibet has long been an independent country with treaty relations with its neighbouring countries, including China. There is a sense of congress resolution in the US which recognizes Tibet as an occupied country and whose true representatives are the Dalai Lama and the exile government led by him.

The university has claimed to remain neutral in their viewpoint when it comes to defining nationhood. The report quoted UMass Amherst spokesperson Ed Blaguszewski as saying in a statement: “At UMass Amherst, we respect and celebrate the identities and cultures of people throughout the world. Our international students, faculty and staff for decades have played an invaluable role in contributing to our vibrant campus community. In determining which countries are represented in the annual ‘Parade of Nations’ procession of student flag-bearers at Commencement, we rely on a list of nations recognized by the U.S. State Department. These are the countries from which official student immigration documents are issued. While we understand and appreciate the disappointment of students who wish to carry flags representing their ethnic, cultural and national identities that are not on this list, we feel that the standard we apply to determine inclusion in our procession of flags is reasonable and equitable.”

On the other hand, Nangpa has explained that it was all the more important that she be allowed to carry her national flag during the parade, given the fact that Tibetans were banned from doing so in their occupied homeland under life-threatening punishments.

“I feel that if they’re willing to risk their life and sacrifice everything for their Tibetan identity, I feel like the least I can do is carry my flag and represent my people during this ceremony,” Nangpa was quoted as saying.