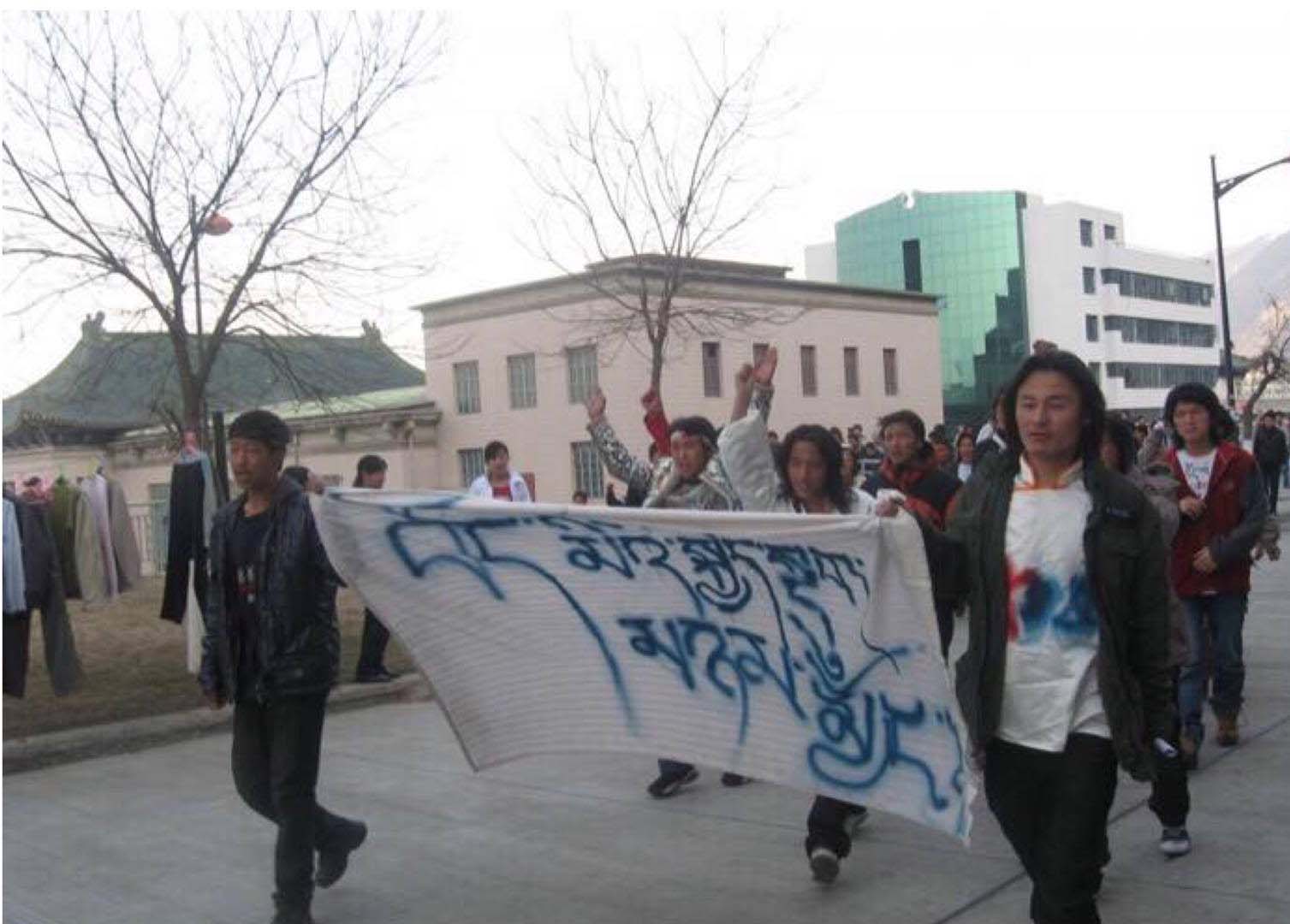 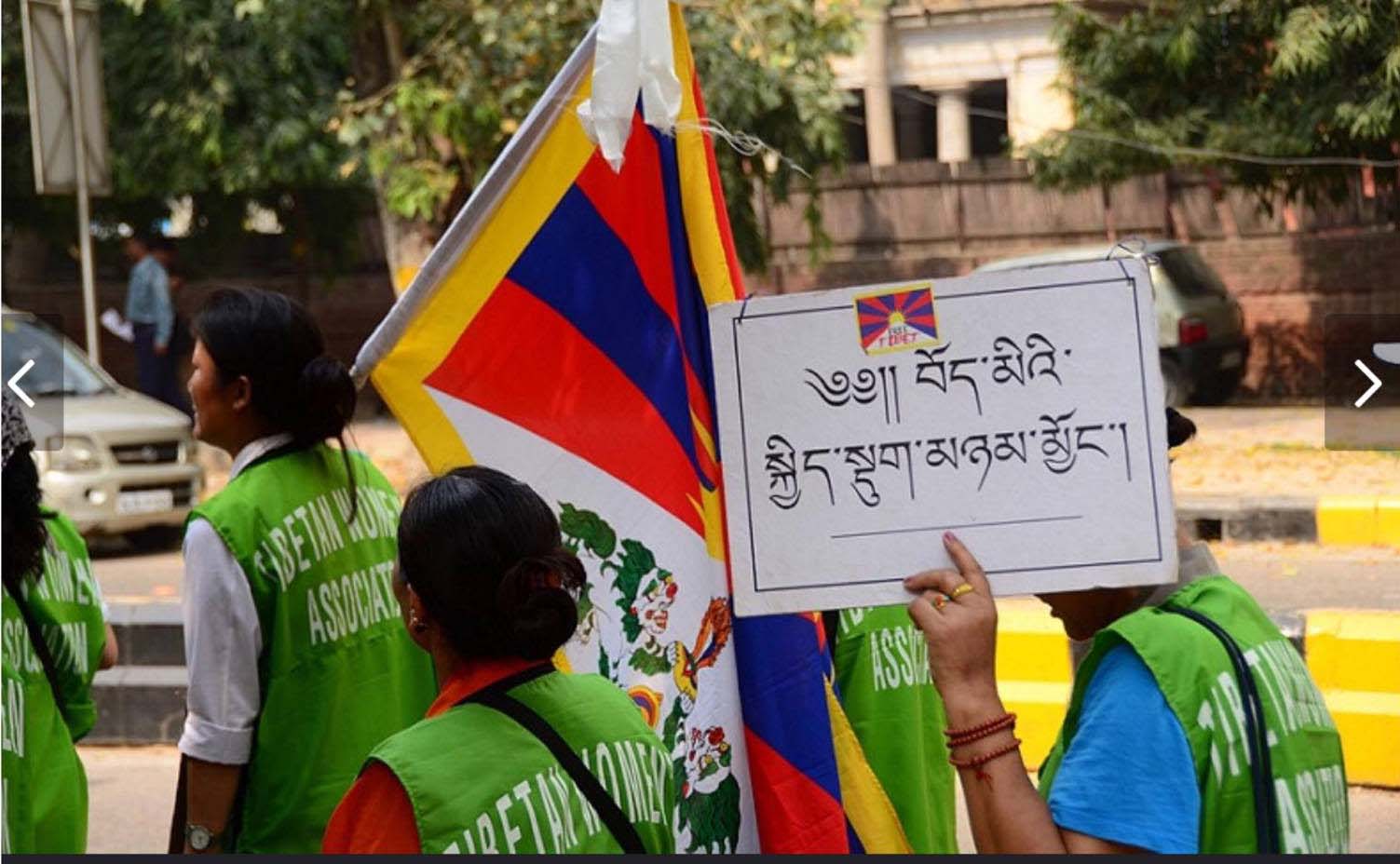 Back in June 1994, it was a rainy, gloomy day, and my eighth grade classmates and I were hoping that our Tibetan class instructor would take us to the screening of a documentary film about modern life in Tibet. With the weather adding to our woes, we were in no mood for a monotonous 45-minute long didactic class. When our otherwise strict teacher stepped into the class, we collectively pleaded for the class to be cancelled. The teacher imposed a condition before heeding our request. The condition was that he would pose a question and single out a student to answer the question failing which we would need to resume the class. Since the stakes were high, all of us were praying hard to not be singled out.  Suddenly, to my sheer disbelief, I heard my name being called out. Petrified, I heard him ask the question, “What is the greatest expectation that His Holiness the Dalai Lama has of the Tibetan people”? I began to tremble. But without thinking about it, I replied, ‘Cholk-ka-sum Dok-tsa-chik-drel’ (Unity among the three traditional provinces of Tibet). To my utter surprise, the teacher stepped forward to congratulate me on the right answer and the entire class stood up to applaud me. Though at that point in time, I had randomly uttered the answer and by a stroke of good luck, it happened to be the right answer. As a 13-year old, I had failed fully to recognize the significance of what ‘Dok-tsa-chik-drel’ meant for me and for every Tibetan. But there was an instinctive faith in me that this is what His Holiness expects of us.

Fast forward to early March 2016, in the age of social media superseding other forms of communication on new media. Three weeks before the crucial final elections of the members of the Tibetan Parliament in exile, I was alerted to a series of malicious personal attacks targeted at me by an individual named Shungpa Tsewang Phuntsok. He alleged that I was not worthy to be elected Utsang Chitue and sent an open letter on WeChat calling on the Utsang electorate to not vote for me. He made a few allegations against me, the most surprising of which was that I lacked regional favoritism as an Utsang member of the Parliament.

In 2011, as the freshly elected member of the 15th Tibetan Parliament in exile, the swearing-in ceremony was the most nerve wrecking experience of my life. Following the Buddhist tradition, after offering three rounds of prostration in front of His Holiness the Dalai Lama’s portrait, I read the oath administered by the longest serving Parliamentarian. I clearly remember the words….  “I swear in the name of God that as an elected member, I will not engage in any regional and sectarian partisanship.”

Though I fail to decipher the finer details of what Shungpa Tsewang Phunstok meant by ‘lacking regional favoritism’, I take immense pride in the fact that I am recognized as someone devoid of regional fanaticism or favoritism. I felt that I had actually lived up to the oath I took in 2011 to not engage in regional and sectarian factionalism.

When we speak of Unity, we are constantly reminded of how Tibetans in Tibet have remained united in the face of adversaries. The 2008 protests changed the entire landscape of the Tibetan political movement; they are a testament to the undying sense of unity amongst Tibetans inside Tibet. Their sublime faith in His Holiness and their everyday acts of peaceful resistance against China’s continued control is what drives the Tibet movement forward. Risking arrests and even death, Tibetans have time and again proven that their sense of unity stands undefeated and unparalleled.

Since 2008, a powerful slogan came out of Tibet: ‘Bod-mi-kyi-dug-nyam-nyong’ meaning ‘Tibetans stand together in joy and sorrow.’ This slogan speaks volumes about the sense of unity in Tibet. During the peaceful protests that swept across the Tibetan plateau, we saw powerful images of Tibetan students in Beijing staging candle light vigils expressing solidarity with Tibetans inside Tibet.

The concept of unity finds rendition in our national anthem, national flag, in our cultural songs and dances. The Tibetan circle dance more popularly known as ‘gorshey’ is a stark reminder of unity in cohesion.

The past few months saw a spate of unfortunate developments plaguing our democracy in exile.  It is not a secret that the entire course of the election process had strong undercurrents of regionalism and factionalism. This was akin to adding salt to a wound which had already been caused by the Rangzen versus Umeylam division. These internal cracks had weakened the very fabric of the Tibetan social and political movement. And to make it worse, all the murkiness transpired when His Holiness was being treated at Mayo Clinic in U.S.

Post election, His Holiness’s first and foremost advice to the two Sikyong candidates was that ‘now that the elections are over it is incumbent on both of them to foster unity among the three traditional provinces of Tibet.’

On March 23rd, at the centenary celebrations of Mentseekhang, it pained me to see His Holiness express deep concerns over the diminishing morality of Tibetans.

The month of April witnessed a dramatic turn of events that shocked the entire Tibetan community.

On April 1, the Tibetan state oracles admonished the two sikyong candidates for clear traces of regionalism during the elections and beseeched for unity among Tibetans. On April 6, the Minister of Department of Security, Donchung Ngodup la, renowned for his impeccable work record announced his resignation on moral grounds and on having failed His Holiness. On April 7, the two sikyong candidates had to address a joint press conference to tender their apologies while urging unity amongst Tibetans.

But as we say, there is a silver lining behind every dark cloud. Our exile history stands testament to the fact that often it is the internal implosions that have presented opportunities to rectify our past and resuscitate our future. Now that the storm has passed, let us pause in the lull and take a moment to look forward to our future with a renewed sense of conviction and make some real changes. Let us take pride in our unique cultural identity as Tibetans and celebrate our Tibetaness. Let this be a historic phase in our history where we as Tibetans can reflect and rethink, learn and unlearn from our action and inaction.

We need unity in action and not in mere rhetoric. Unity means treating every Tibetan as an equal and unity happens when you weed out the differences and divisions based on region, province, faith and belief. Unity means not letting our personal egos and power struggles impede our sense of belonging and commitment to our collective good. We need to be driven by our mission and a shared vision to serve the aspirations of people inside Tibet whose acts of courage, devotion and defiance have kept the political movement alive.

Let us embrace the idea of unity on a positive, progressive and pragmatic ground and stand together in joy and sorrow.  Let us be wary of the fact that engaging in acts of disunity are not only destructive but are the single biggest disservice to our community, to our struggle, to the sacrifices of Tibetans inside Tibet and most importantly, to our beloved leader His Holiness the 14th Dalai Lama. And no Tibetan would truly want that.

Sherten, one of the most popular singers from Tibet, has a song on ‘Unity’ which stirringly asks us Tibetans to uphold the tenets of unity. High Peaks Pure Earth has published a translation of this song. The prelude has Tibetans of all ages representing the three traditional provinces shouting in unison…

“ Amdo, Kham and U-Tsang are one family,
We all have one common destiny,
May the compassionate love bloom like flowers,
Hand in hand in harmony,
Let’s go forward,
If you think about the future freedom of our nation,
The Three provinces need to unite.

Amdo, Kham and U-Tsang are one family,
We all have a common destiny,
Tibetans of the Land of Snows,
Follow the dream of Unity.

Amdo, Kham and U-Tsang are one family,
We all have one common destiny,
Hand in hand in harmony,
Let’s go forward.”

Dhardon Sharling is a member of the Tibetan Parliament in exile, the co-chair of International Tibet Network and the General Secretary of Tibetan Chinese PEN Association.