37 Tibetans in India tested Covid positive in a week as WHO declares a new ‘variant of concern’, India opens for int’l air passengers Dec 15 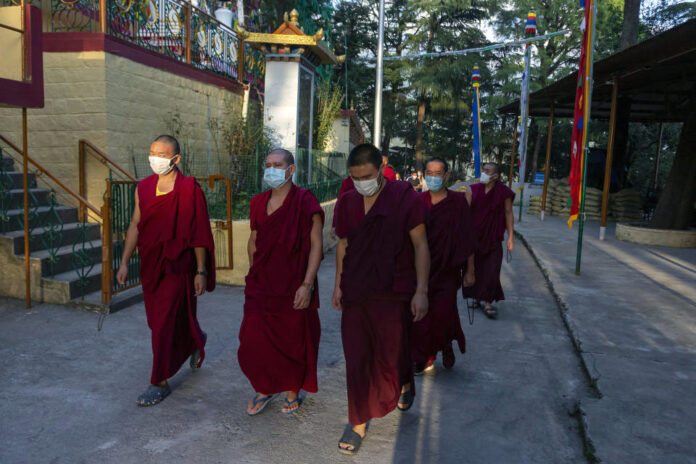 (TibetanReview.net, Nov27’21) – As Europe continues to remain the global hotspot for the Covid-19 Pandemic, a new “variant of concern” that emerged in South Africa has epidemiologists rushing to their labs to determine its seriousness, and as India, on the other hand, looks to open itself to regular international commercial flights from Dec 15, the Central Tibetan Administration (CTA) has reported 37 new infections among Tibetans in the Indian subcontinent in the past one week as of Nov 26.

Addressing its 87th weekly briefing, the CTA’s Covid-19 taskforce has said Nov 26 that of the 689 Tibetans in India tested for the covid during the past week, 37 emerged positive. This took the cumulative total of Tibetan cases in India and Nepal to 6,896. Of them, 6,663 have recovered while 74 were active. A total of 159 had died, including one in the last one week.

India, meanwhile, reported 8,318 new infections in the past 24 hours as of this morning, a decrease of 3,114 cases over the previous day’s figure, taking the country’s cumulative total to 34,563,749. Active cases in the country have declined to 107,019 (0.31% of the total), the lowest in 541 days, according to India’s Health Ministry data updated this morning.

Meanwhile the World Health Organization (WHO) has designated a new variant of Covid-19 that emerged in South African this month as a “variant of concern,” referencing its large number of mutations, possibly an increased risk of reinfection and other evidence, reported the edition.cnn.com Nov 27. The new strain has been given the name Omicron.

Early evidence suggested an increased reinfection risk, bbc.com Nov 27 cited the WHO as saying. The new variant was first reported to the WHO from South Africa on Nov 24 and has also been identified in Botswana, Belgium, Hong Kong and Israel the report noted.

The variant has sparked a forceful reaction across the world with a number of countries banning travelers from several southern African countries.

The report cited the WHO as saying it would take a few weeks to understand the impact of the new variant, as scientists worked to determine how transmissible it was.