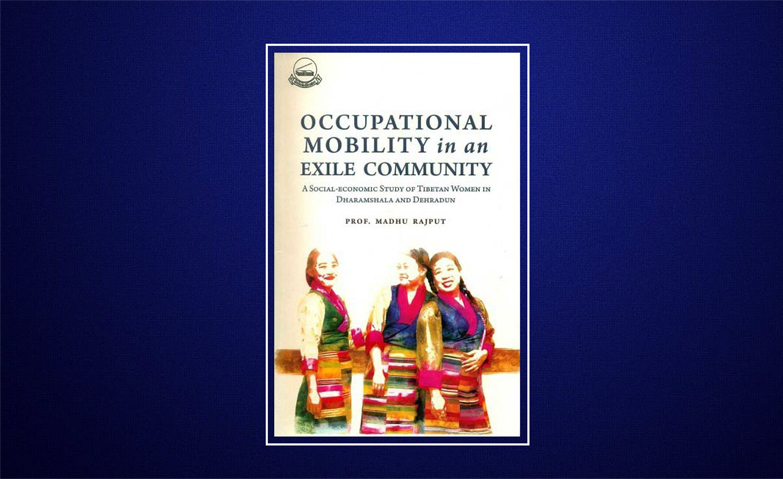 “Anybody who knows anything of History knows that great social changes are impossible without the feminine ferment.” –Karl Marx

The deeper I sank in the pages of this book on Tibetan Women in Exile by Prof. Madhu Rajput, the truer the above quote rang. Exile and the plethora of complications it brings in its wake is something we the privileged who live by right in our motherlands can only imagine. To belong and not to belong at the same time, to feel rooted and still to crave for an unseen land is a dilemma only refugees can describe. Emotions apart, the practical demands of transplantation and survival are huge. But as they say when in crisis, rely on a woman. They have an indefatigable strength to rise from the ashes and rebuild not only their lives but also their families, communities and nations. Tibetan women are a shining example of that. The book brings out the inherent resilience of their character in all its magnificence by providing a glimpse into their existence on the world’s third pole—the high Tibetan plateau—and thereafter describing their fateful arduous journey across the snow-capped mountains into exile, where against all odds they not only survived but also thrived to gain the distinction of being the most closely-knit and organized refugee community in the world.

After China annexed Tibet in 1959, hundreds of Tibetans along with the revered Dalai Lama were forced to flee and seek shelter in India. Though India, despite herself being in a reconstructive phase after independence, provided all possible assistance, it was tough to say the least to settle down in a country different in terms of climate, language and culture. From a comparatively free pastoral life, Tibetans had to take up manual jobs of road construction; they cleared the land allotted to them and began agriculture; and some took up sweater-selling which continues as their hallmark even today. Tibetan women contributed equally alongside their men in these backbreaking tasks. Prof. Madhu Rajput, a Professor of History in Lucknow University, presents this tale of threading their lives back through labour, with utmost dignity that every hard worker deserves, showcasing their resolve to persist and adapt in adverse conditions.

In their struggle Tibetan women highlighted the importance of collective work. The women’s organisations were revived at the advice of His Holiness who proved to be a visionary par excellence in leading his people in these tough times. These organisations such as Tibetan women’s Association extended guidance, financial help, technical and legal support through various projects, in addition to providing counselling and rehabilitation aid to those who kept escaping from Tibet. Additionally, they kept the flame of protest for freedom burning by not letting the world forget the injustice done to them. They believed in their voices of conviction, however feeble and few. Remarkable in this was the role of the Royal ladies who led from the front. The book dedicates one full chapter on the work done by these organisations.

What distinguishes Tibetans from other refugees is their emphasis on keeping their culture alive. Tibetan women have played a major role as the carriers of culture by preserving it in their day-to-day life as well as by passing it on to the next generation. The interesting feature of the book is a chapter on Tibetan nuns and their transformation from erstwhile hymn chanting recluses to active educational agents in the society. Spurred by His Holiness’ guidance, they have attained their geshema degree (Ph.D.) and contribute economically by activities such as bead making, agriculture, teaching, and sustain their nunneries. In Tibet while these fragile women have stunned the world by their fearless protest against the Chinese, in exile they are far from being religious recluses. They are a lesson in being renouncers yet engaged in betterment of society. The author also mentions the upcoming voices for more gender equality in removing the bar from nuns being the abbots of nunneries and monasteries.

What proves to be the most riveting feature of this book however is the firsthand interviews with Tibetans from all walks of life, high and common, including an exclusive interview with His Holiness himself. It is a presentation of the aspirations, hopes, struggles and pains of the Tibetan women right from their heart in their own words. The questions touch every aspect of their lives in exile from socio-economic to cultural to psychological to emotional. It is a narration of human existence away from their homeland from women’s perspective. The photographs at the end make the readers connect with the characters spoken about in the book at a personal level. However, coloured pictures would have done better. The conclusion brought out by the author on the basis of a ground survey done by her enriches the narration with empirical data.

Overall, it is an insightful reading on the lives of these beautiful, strong women who have been the power centres in their families in traditional homes and who have taken up the baton of rebuilding their community in exile. Academically it is beneficial for scholars, policy makers, and students of gender studies, history and anthropology, and makes a delightful read to those interested in knowing the women in Tibetan markets deeper, who behind their beautiful appearances possess a heart of steel, nerves of iron, and don many a hats with elegance and élan.

The book published by Library of Tibetan Works and Archives, Dharamshala, Himachal Pradesh, India in 2019, is based on a Major Research Project granted by ICSSR (Indian Council of Social Science Research), New Delhi.

* Squadron Leader Toolika Rani is a retired Indian Air Force Officer. She is M.A., NET in History, and is doing Ph.D. on Sherpas of Nepal from Ambedkar University, Lucknow, Uttar Pradesh.

* Prof. Madhu Rajput is a faculty of Department of Western History, University of Lucknow, UP, India. She is author of 8 books and numerous articles.