(TibetanReview.net, Oct24’20) – The number of active Covid-19 cases in India continued to fall and remained below 700,000 for the second day while the total of recoveries have exceeded 7 million in a continued rising trend, reported the timesofindia.com Oct 24, citing the country’s health ministry Oct 24. However, the change in the active cases across the States and Union Territories has been varied, indicating different stages in the fight against the pandemic, the report added. Meanwhile the cumulative number of Tibetan cases in India and Nepal has hit 825.

Six other states, namely Rajasthan, Chattisgarh, Madhya Pradesh, Gujarat, Haryana, and Punjab had reported more than 130,000 cases each so far in that order. 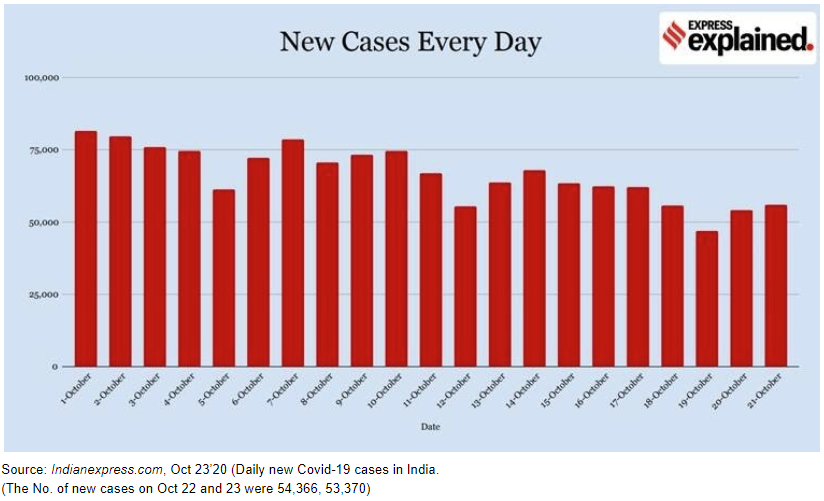 The CTA’s Covid-19 Task Force has said at its Oct 23 briefing that 81 new cases had been reported during the past week across Tibetan communities in India and Nepal.