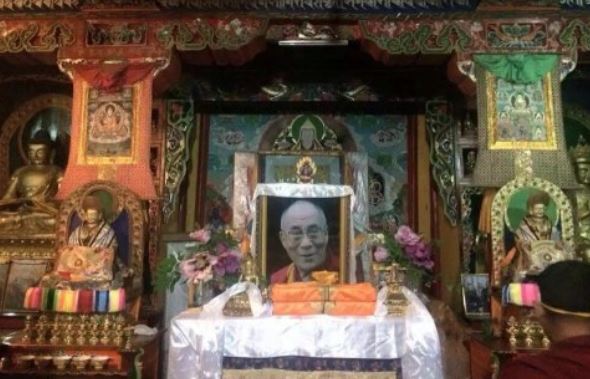 (TibetanReview.net, Jul30’19) – Openly revering their exiled spiritual leader by displaying his pictures at home and celebrating his 84th birthday proved costly to a number of poor Tibetans in Palyul (Chinese: Baiyu) County of Kardze (Ganzi) Prefecture in what is now part of China’s Sichuan Province recently, according to the Tibetan Service of rfa.org Jul 29. Many were slapped and beaten and a number of them were taken away by Chinese paramilitary police, the report said.

Chinese official were angered when they recently visited two resettlement communities in the county where impoverished local Tibetans had been given subsidised housing to carry out an inspection when they noticed that a number of them had put up pictures of the Dalai Lama in their homes.

The local officials later returned, bringing with them People’s Armed Police Force personnel dressed in black. They took down and confiscated all the photos of the Dalai Lama, and beat and slapped the residents, the report said, citing an anonymous local source.

The source has also said residents of the two resettlement communities who had marked the Dalai Lama’s birthday on Jul 6 with prayers services had been detained by Chinese police.

Chinese authorities had previously made it clear that Tibetans who avail government subsidies and benefits should show gratitude by displaying pictures of Chinese leaders in their altars at homes and especially avoid any kind of display of reverence for the Dalai Lama.

Recent reports also said Chinese authorities had launched an ant-Dalai Lama campaign even in remote nomadic and pastoral areas of the prefecture ahead of the exile spiritual leader’s birthday. It was made clear that any display of any picture of the Dalai Lama would invite criminal prosecution and exclusion from what constitutes China’s national anti-poverty campaign measures.