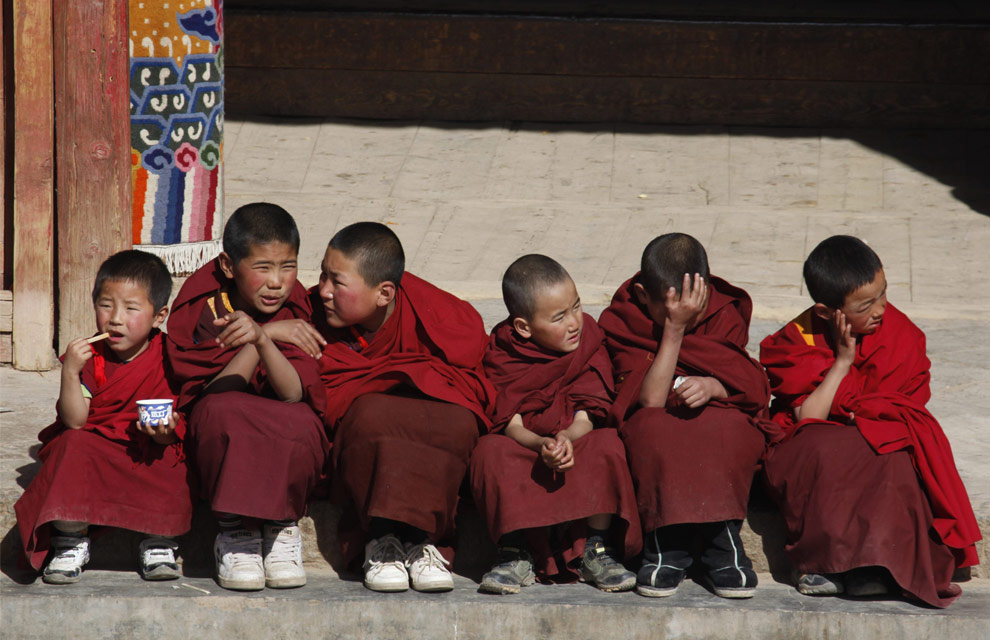 (TibetanReview.net, Jul13, 2018) – In a move seen as further crackdown on Tibetan religion and culture, Chinese authorities in Sershul (Chinese: Shiqu) County of Sichuan Province have ordered monks who are 15 years old or younger enrolled in monasteries to remove themselves to government-run schools to receive secular education. The monastery administrators, the monks’ parents and religious instructors have been warned with punishment in case they disobeyed the order, reported the Tibetan Service of rfa.org Jul 10.

The report specifically mentioned the case of the Jowo Ganden Shedrub Palgyeling monastery in the county’s Dzachukha area where around 20 novice monks had already been removed.

The report cited a source as saying many of the monks had been enrolled in the monastery’s courses in Buddhist logic and philosophy, with some being top students in their classes.

The report also said that Chinese authorities had forced out around 200 novice monks from Dza Sershul Monastery, also located in Dzachukha, on Jul 10.

“These young monks were seen leaving their monastery unwillingly and with tears in their eyes,” the report quoted a blogger on a social media forum as having said, calling the scene very disheartening.

China has imposed strict limits on the number of monks that could be enrolled in monasteries. It has also placing enormous bureaucratic hurdles through a multitude of permits system on their eligibility and permissibility for admission.