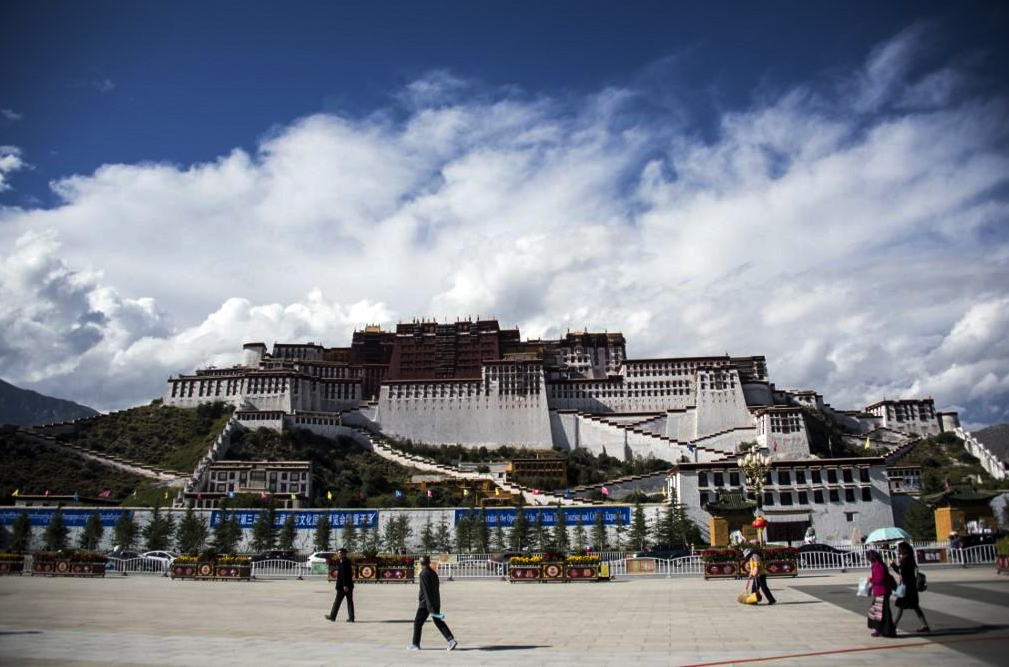 (TibetanReview.net, Jan27’20) – Although Tibet is officially untouched thus far by the raging Wuhan coronavirus, a new form of pneumonia, Chinese authorities have taken the precaution to shut down the iconic Potala Palace in its capital Lhasa with effect from Jan 27.

The historically winter residence of the Dalai Lamas, originally built in the seventh century, was made a key national cultural relics in 1961following Tibet’s full annexation by China in 1959. Following China’s opening up in the 1980’s, the palace was made a key tourist attraction where daily visitor numbers had to be limited to control the rush of paying visitors.

Tibet saw a surge of visitors from China, including Wuhan, the epicenter of the epidemic, before the latter’s shutdown from Jan 22 night but there has been no official report of the novel coronavirus’s spread there thus far.

In China, the pneumonia situation had, by Jan 26, resulted in a total of 80 deaths, while 51 people had recovered and 5,794 remained as suspected patients, reported the official Xinhua news agency Jan 27.

Meanwhile, a Xinhua report Jan 26 said 33 of the 585 environmental samples collected from the Wuhan city’s Huanan Seafood Wholesale Market were found to contain the nucleic acid of the novel coronavirus, suggesting that the outbreak originated from there.

Yet another Xinhua report Jan 26 said 30 provincial-level regions reporting cases of the novel coronavirus in China had activated first-level emergency response to contain the spread of the viral pneumonia.

The report said that by the end of Jan 25, 1,975 confirmed cases of pneumonia caused by the novel coronavirus (2019-nCoV), including 324 in critical condition, had been reported in the provincial-level regions except Tibet Autonomous Region.

Ma has said that what added to the growing global alarm was the fact that people who were carrying the virus but not showing symptoms might still be able to infect others.

“The epidemic is now entering a more serious and complex period,” Ma has said during a Jan 26 news conference in Beijing. “It looks like it will continue for some time, and the number of cases may increase.”

The report said experts were skeptical that the travel restrictions would prove at all effective because they had probably come too late and the barriers would prove too permeable.

Five million people had left Wuhan before travel out of the city was restricted, the city’s mayor, Zhou Xianwang, was cited as saying.

The report called it a stunning disclosure that intensified questions about the government’s delayed response.

There is still little understanding of the virus while the tally of infections and deaths keep increasing. The official number of confirmed infections across China jumped significantly within a span of 24 hours, building to 2,744 by Jan 27 from around 1,975 the day before, the report said.