(TibetanReview.net, Sep23’20) – The death toll from the Covid-19 pandemic in the US, the world’s worst hit country, has crossed 200,000 on Sep 23. Calling it a shame, President Donald Trump has blamed China for the terrible situation. “China should have stopped it at their border. They should have never let this spread all over the world and it’s a terrible thing,” newsweek.com Sep 23 quoted Trump as saying.

And the death toll in India has crossed 90,000, behind Brazil’s more than 138,000, the countries with the second and third highest numbers of fatalities.

The US also has the highest number of Covid-19 cases thus far at over 6,897,000, with India being the second at over 5.64 million cases while having the highest daily new cases.

Four states, namely Maharashtra, Andhra Pradesh, Tamil Nadu, and Karnataka have accumulated more than 530,000 cases each in that order.

Three other states/ Union Territories, namely Chattisgarh, Jharkhand, and Jammu & Kashmir had reported more than 66,000 cases each so far in that order. 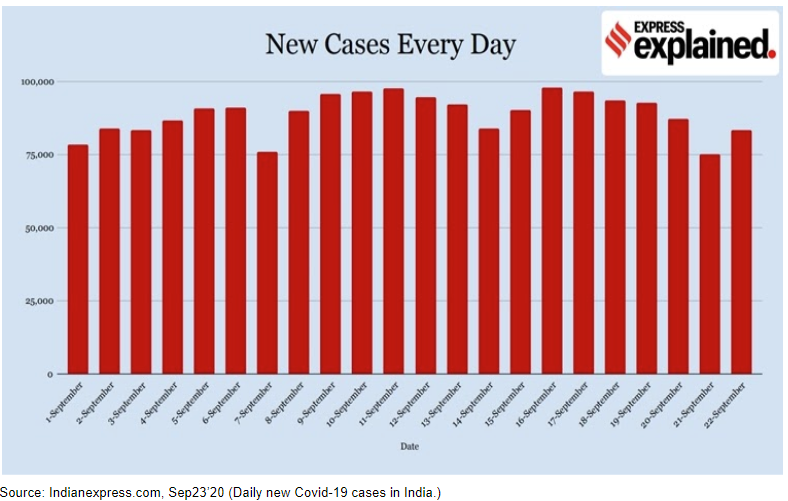 The total number of Covid-19 cases among Tibetans in India, Nepal and Bhutan had increased to 312 (↑12), of whom 126 were active, 174 had recovered and 12 had died, according to the tally of the Central Tibetan Administration as of Sep 23.