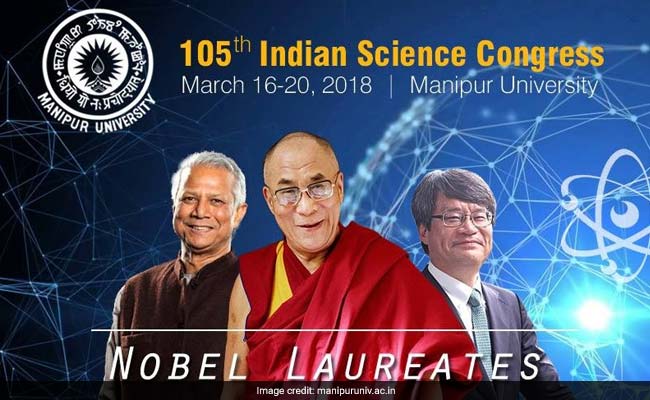 (TibetanReview.net, Mar14, 2018) – Tibet’s exiled spiritual leader, the Dalai Lama, will be one of three Nobel laureates to attend the 105th session of Indian Science Congress, which will be held over Mar 16-20 at Manipur University in northeast India. The congress will be inaugurated by Indian Prime Minister Narendra Modi. However, the two are not expected to share stage or meet, so that there may be no rattling of Sino-India relations from the event.

Indian media reports said Modi will inaugurate the prestigious annual event and speak to delegates on Mar 16. And the Dalai Lama is expected to arrive only on Mar17, reported timesofindia.com Mar 13. 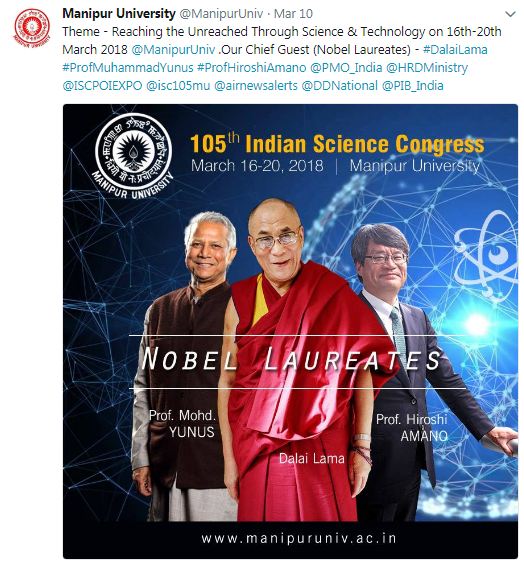 In fact, a livemint.com report Mar 13 cited an unnamed “Tibetan official familiar with the Dalai Lama’s trips” as saying the Tibetan spiritual leader was unlikely to travel to Manipur for the Congress.

The report said India was looking to host a high level visitor from China this year and to raise the momentum in bilateral ties. Besides, Indian defence minister Ms Nirmala Sitharaman is visiting China next month. And Prime Minister Modi is to visit China in June for the multilateral Shanghai Cooperation Organisation meet.

China routinely protests travels by the Dalai Lama to different countries in the world and the hosting of the Tibetan spiritual leader by foreign leaders.

The other two Nobel laureate chief guests at the congress are Muhammed Yunus, a professor known for pioneering micro-finance lending in Bangladesh, and Japan’s Hiroshi Amano, a physicist and inventor specializing in the field of semiconductor technology.