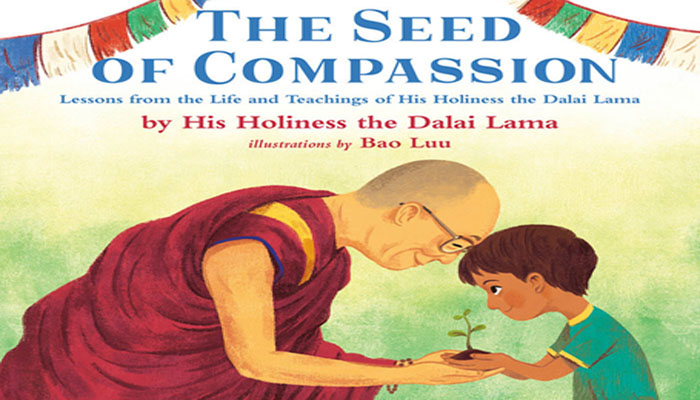 (TibetanReview.net, Sep30’19) – The first book for children authored by Tibet’s exiled spiritual leader, the Dalai Lama, will be published by Penguin Young Readers imprint Kokila in Mar 2020, reported forbes.com Sep 29. The book is aimed at children in the age range of four to eight and will include stories from the 1989 Nobel Peace Prize winner’s childhood in the Tibetan village of Takster and his path to becoming a Buddhist monk.

The book is titled as The Seed of Compassion: Lessons from the Life and Teachings of His Holiness the Dalai Lama and will be illustrated by Bao Luu.

The report cited the publisher as saying the book’s message “inspires young readers to create a world that embraces all of humanity with an open heart.”

The Dalai Lama has authored numerous books but this will be his first children’s book.

“The Seed of Compassion is a window into the childhood of His Holiness the Dalai Lama, as well as his first time writing for children. At its heart, the book is a conversation between His Holiness and the children of the world and a way for him to offer his belief that building a compassionate generation is already within us, beautifully rendered by debut illustrator Bao Luu,” the report quoted Namrata Tripathi, VP and Publisher of Kokila, as saying.

“As children and young people find themselves in an increasingly confusing world, it is such a gift for them to have direct guidance and encouragement from His Holiness about how they might bring more kindness to it,” Tripathi was further quoted as saying.