(TibetanReview.net, Nov09’20) – Delhi recorded 7,745 new Covid-19 cases in the last 24 hours on Nov 8, the highest single-day spike till date and the second time in three days that the number breached the 7,000 mark. The capital city has contributed more cases than any state and its cases are currently growing more than three times faster than the national rate, reported the indianexpress.com Nov 9. The death count in the national capital has also been rising sharply, reporting more deaths than any state except Maharashtra in the last few days, the report noted.

The city is currently under its third and worst wave of Covid-19 infections. Noting this, the city government’s health minister Satyendar Jain has said Nov 8 that the spike in cases was due to aggressive testing and contact-tracing and cases would soon come down.

The number of active cases remained below six lakh for the 11th consecutive day.

They were followed by six other states with more than 208,000 cases each and which included, Odisha, Telangana, Bihar, Rajasthan, Assam, and Chattisgarh in that order. 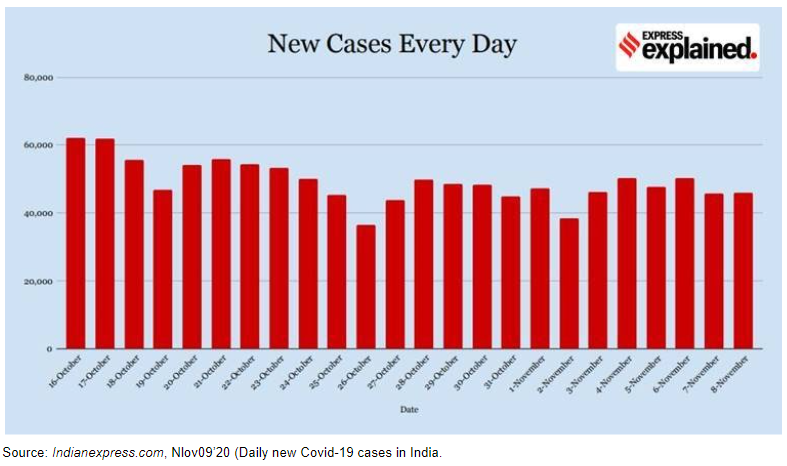 The total number of Covid-19 cases among Tibetans in India, Nepal and Bhutan had remained unchanged overnight at 1,043 (↑0), of whom 343 were active, 677 had recovered and 23 (↑0) had died, according to the latest tally of the Central Tibetan Administration (CTA) as of Nov 09.