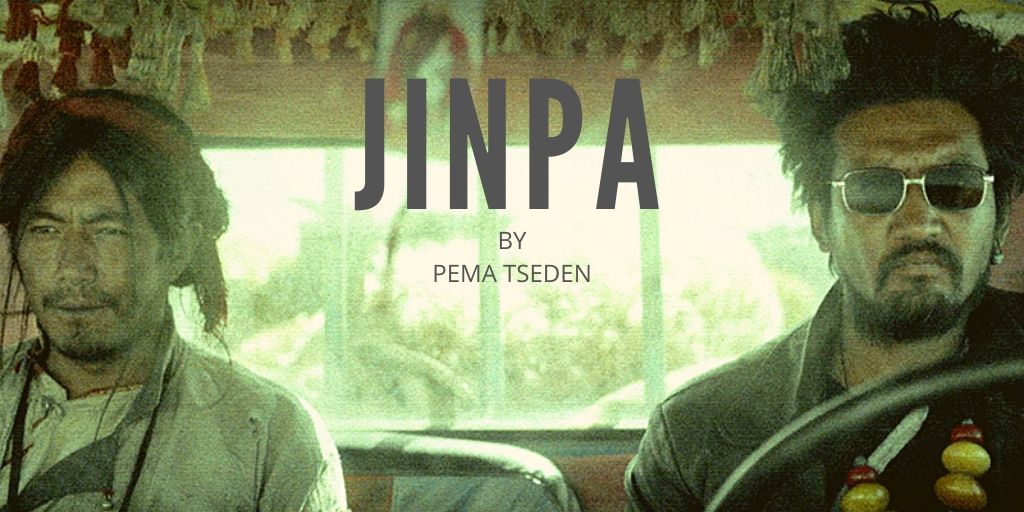 I watched Pema Tseten’s movie at a screening in DC with my family early this month. It was interesting to me, but not much to my kids. The film appeared to be shot on a low budget with very simple sets, and few characters and scenes. However, since viewing the film and contemplating the entire story, I feel the genius of the filmmaker comes to life through his portrayal of a compelling and moving story.

The film is adapted from two short stories. The director himself writes one of the stories. It is through the homogenization of two short stories that the director has come out with a masterpiece. The director has mastered the art of storytelling with such intricacy, precision and power that without the skill of such a professional this feat could not have been accomplished. It is the story of a Tibetan Khampa breaking with age-old tradition to not take the life of his father’s slayer. It is the story of dishonoring a promise in an honorable way.

Through an English translator, Tibetan filmmaker Pema Tseten beautifully explains why the movie it titled as “Jinpa”, although it has another Tibetan title as well, namely, “Lhamar” [English: slayer]. As the director explains, it was an act of great generosity on the part of both the principal characters – both named Jinpa. The trucker Jinpa makes an offering of a wholesome lamb to the vultures, and his namesake, the Khampa Jinpa, does not take the life of another person in a positive spin of tradition. The theme of giving or generosity is the foundation of Buddhist spiritual development and the film has hit the nail on the head. Pema Tseten’s “Jinpa” is a straightforward story to follow, but the nuance of the film is multi-layered.

After the show I talked over the phone with a friend who casually commented, “Isn’t all of Pema Tseten La’s film slow?” Rightly so, it is a bit sluggish. Still I enjoyed the unique mood, overall look of the film, how suggestively the characters’ inner worlds were portrayed.

I have often noticed that Pema Tseten could have made more commercial movies to make bigger bucks, but he has chosen less commercial themes such as culture, tradition and social issues to drive home a point. With all-Tibetan cast, the director is preserving and promoting Tibetanness. Through such art films, one cannot but admire his subtlety in bringing out what is true Tibetan identity and value under the watchful radar of a big brother. Maybe Pema Tseten is a true Tibetan cultural ambassador.

The following is a summary of the story.

“It is a disgrace for Khampa clan not to take an act of revenge that is promised,” this line from Pema Tseten’s film “Jinpa” appeared in the beginning of the film even before the scene unfolded. There is a shred of truth in this statement. I was intrigued as to what would be revealed in the film.

The beginning of the scene drags on in a rugged, remote area in Tibet. It looks like a no-man’s land, the vast pale, plain landscape stretched far and endlessly. A lonely truck dotted the landscape; otherwise, the scene is a very deserted and inhospitable area with no sign of human habitation. The rolling truck kicks out a plume of dust as it zips the unpaved dirt road. The truck driver Jinpa, whose face is weather-beaten, dark, and sunburned, is perfectly cast in such a setting. His hair is standing up like porcupine quills, and his clothing is unkempt and, overall, he gives a rustic appearance. He is behind the wheel, wearing a dark pair of glasses. The picture of his daughter is hanging in the front of the driver’s seat, close to the windshield, and the Tibetan mantra, Om Ma Ni Pad Me Hum is plastered next to it.

Jinpa, the shabby trucker, was lost in his thoughts and appeared to be saddened by some past incidents. He pulled out a cigarette and tried to light it, he gulped down the last drop of his drink from a traditional Tibetan thermos flask. It sounded to me like a love song blared out from his old tape cassette that is connected to the stereo player in the truck. That song brought him a momentary sense of relief as he tried singing the solo himself with some success. As he plowed along the road, seemly under the influence of his drink, suddenly, he runs into something in the way and be brought the truck to a screeching halt. He got out of the truck to inspect what had just happened from the thud sound he heard. His car had struck a sheep to death. It was a little out of the ordinary, since there were no signs of any animals around, when suddenly out of nowhere the truck struck a sheep. Though not showing it outwardly, Jinpa was apparently very unhappy about this incident. With a deep sense of guilt, he slung the bloody corpse into the truck and put it on the passenger seat. As he further drove on, sadly glancing at the corpse, he saw a lone man trudging ahead with no sign of begging for a ride. The trucker was half excited to see another soul in the middle of nowhere, but he was also curious by the emotionlessness of the person. The truck slowed down and Jinpa got out of the truck. He moved the dead sheep from the passenger’s seat and hauled it in the back of the truck. The man on foot looks like a typical Khampa in traditional attire. He is well built, has braided hair and a rugged looking face; and he has something slung over his shoulder. Jinpa ominously noticed that the man had a big dagger latched in his waist belt with the handle protruding out.

The Khampa man spoke in mono syllables, not willing to talk much even when he was prompted. He is riddled with sadness and also a sense of remorse and anguish from some unfulfilled ambition and promises. In the ensuing conversations between the two, the driver learned that the Khampa is on a mission to take revenge. The Khampa is going to kill his father’s murderer. He has been looking for the murderer for over a decade and finally heard where the man currently lives.

At some point in the trip, the Khampa who has the same name as the driver “Jinpa,” got off the truck at a fork in the road. It is here that their road diverged, the driver Jinpa needs to proceed ahead to deliver his cargo of what looks like hay to some place.

Besides generosity, death seems to be another underlying theme of the film. One aspect of the theme is accidental death, and the other aspect of death is an intentional kill. The director invites viewers to live on a moral high ground in both situations. The driver next goes to a nearby monastery and seeks the advice of a senior monk for the deceased sheep. He asks the monk to pray for the poor animal’s salvation. After performing the last rites with the monk for the dead sheep, Jinpa drove on further to unload his truck’s cargo. Then he goes to his mistress, ironically taking with him half a lamb he bought from the market.

Viewers’ discretion is advised. If you are with your little daughters while watching the film, unexpectedly, the next clip is a love scene. Jinpa is heard in a semi-dark room, humping his half-naked mistress in a bed. I had to quickly reach out my hands to cover the eyes of my young daughter from this exposure. Such a sleazy scene is rare in Tibetan movies; yet the film director ventured to include it as part of the plot.

The love scene was a conversation maker in the story when the driver told his mistress about the strange man he met on the way. This scene is a departure from the sex taboo of a traditional Tibetan society. Yet, it surely adds some sexy ingredient to the show. However, Jinpa is haunted by the strange man’s mission. Suddenly in the middle of night, he leaves his mistress’s house to pursue the Khampa, probably with intent to dissuade him from taking his revenge.

Jinpa arrives at a teashop in the town which he enters to search for the Khampa. He ended up seeing a very flirtatious hostess who explained to Jinpa the driver that Jinpa the Khampa had left the tea-shop but left behind his belongings. The driver was half curious and half troubled. After a hearty meal, he went off in search of the Khampa. Jinpa the driver walked to another shop in the town where the murderer was supposedly staying, but there he finds nothing unusual. Meanwhile, the murderer of the Khampa’s father turns out to be an older man, who has just returned from the monastery after doing his regular Kora (circumambulations), with a prayer-wheel in his hands.

In a flashback, the driver Jinpa then learns what has transpired when the Khampa Jinpa descended in the house to avenge his father’s death. His namesake Jinpa who, was on a mission to take revenge, upon seeing the older man sees that he has a wife and a young boy. Therefore he could not bring himself to take the revenge. He kept looking at the innocent young boy, who would be orphaned like himself when his own father was killed. The Khampa had to wrestle with his inner struggle of keeping the traditional honor of taking revenge, but it would be in a dishonorable way. Finally, he gives in to his better self that is more empathetic than his instinctive drive to take revenge. So out of generosity, and in the spirit of giving, he gives up with great personal difficulty the idea of taking revenge. In a very emotionally-charged scene, the Khampa strongman, now in tears, runs out of the house. That is the story of Jinpa, a Khampa breaking with tradition to not take the life of his father’s slayer. Traditionally, to a Khampa, nothing is more important than a promise. Honor is more important than your life. But the film director puts an ingenious end to this vicious cycle of violent revenge, and turns a would-be villain into a hero.