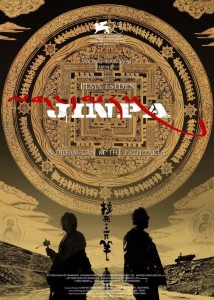 Starring Tibetan actors Jinpa, Genden Phuntsok, and Sonam Wangmo, the revenge drama tells the story of a truck driver who picks up a young hitchhiker who was on the way to avenge the death of his father. The film is a screen adaptation of two stories – Tsering Norbu’s The Slayer and Pema Tseden’s I Ran Over a Sheep. Jinpa has been produced by celebrated filmmaker Wong Kar-wai.

The report noted that Pema Tseden is also an award-winning novelist whose work has been translated into English, French, German, Japanese and Czech.

His previous films were reported to have included The Silent Holy Stones, The Search, and Old Dog. He has won numerous awards at film festivals in China and around the world. Besides, his movie Tharlo won Best Film at Venice Horizons in 2015.

The Dalai Lama-Scientist- A review