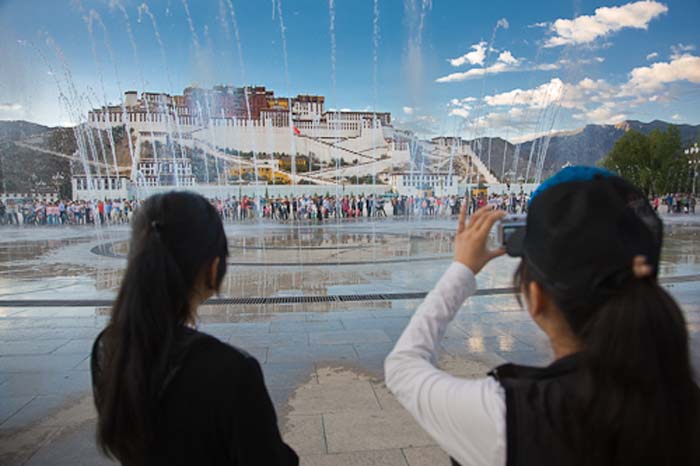 (TibetanReview.net, May08, 2018) – China on May 7 reported nearly 50 percent increase in visitors and revenue from tourism in tightly controlled Tibet Autonomous Region (TAR) during the winter months of Jan-Mar 2018 compared to the same period last year. Promoting winter tourism, including with travel, accommodation, and entry-ticket discounts to major sites has been a major campaign of the local Chinese government of the TAR over the past few years.

During the period, the TAR welcomed 1.06 million tourists, up 49.5 percent from a year ago, reported China’s official Xinhua news agency May 7. It added, citing the regional Tourism Development Commission, that total tourism revenue also rose 47 percent to 1.26 billion yuan (198 million US dollars).

The report said that to lure Chinese and other foreign tourists during the frigid-weather winter conditions, the regional government published in Jan 2018 a series of preferential policies that included hotel and ticket discounts, and charter flight and train services.

The report said that thanks to that campaign, tickets to the Potala Palace, Tibet’s most famous attraction, were hard to get in March. It added that tourist arrivals at the Basum Lake scenic area, another major tourist attraction, grew by a factor of six in the first quarter.

The local Chinese government was reported to have decided to continue some of the winter tourism incentives until June to attract more tourists before the onset of the region’s peak tourism season.