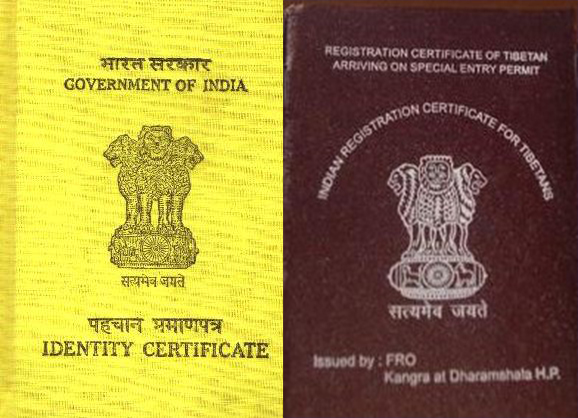 (TibetanReview.net, Dec21, 2017) – The government of India has announced on Dec 7 a certain relaxation of norms for the stay and overseas travel of Tibetans residing in the country. This was stated in a circular issued by the Foreigners Division of India’s Ministry of Home Affairs in the form of regulations regarding renewal of Residential/Registration certificates for Tibetans in India, reported the Central Tibetan Administration (CTA) at Dharamshala on its Tibet.net website Dec 20.

The relaxations are concerned with the renewal of the permit to stay in the country, known as the Foreigners Registration Certificate (RC); the transfer of the RC within India; and reentry visa for returning to the country from overseas travels.

Tibetan migrants who are registered online will now be granted a five-year Residential/Registration certificate renewable every five years. Those who fail to register online for any reason are to be granted one-yearly RCs. This is stated to be in addition to the five-yearly extension already being granted to Tibetan Migrants who have been living in India for more than twenty years.

Transferring of RC in the cases of Tibetan migrants shifting their residence from one place to another could now be done online, with no need for personal visits.

Those who fail to renew their RC in time due to unavoidable reasons or oversight will now only have to pay pecuniary fine/penalty as per provisions of Law/Rules/Instructions, with criminal prosecution being reserved only for those guilty of committing serious offences.

On recommendation by the CTA, Tibetans travelling abroad on their Identity Certificate issued by the government in lieu of passport will be issued a multi-entry, one-year re-entry permit in place of the single-entry, three-month permit that they have been getting so far.

Apart from a re-entry visa for returning to India, Tibetans also have to obtain an “Exit Permit” from their concerned district police department in a cumbersome process that involves racing against time and beating bureaucratic hassles for traveling abroad.

Earlier, thehindu.com Oct 23 cited a senior government official as saying New Delhi wanted to do away with this “redundant” procedure. The official was further cited as saying Tibetan refugees would now be given a no-objection certificate at the time of the issuance of their IC, which would suffice to enable them to travel to any foreign country.

It was suggested at that time that India’s Home Ministry would soon get approval from the Cabinet Committee on Security for this purposed and this would be followed by the Ministry of External Affairs issuing a notification informing all foreign missions of the exit permit clause being removed.

However, this does not seem to have happened so far.