(TibetanReview.net, Oct23’20) – In a continuing trend of improving situation, India had active Covid-19 cases of less than 7 lakh for the first time after 63 days, reported the timesofindia.com Oct 23. Besides, the country reported less than 60,000 daily new cases for the fifth consecutive day on Oct 23 morning, noted another timesofindia.com report Oct 23. Tibetan cases in India and Nepal have increased by 81 in the past week. 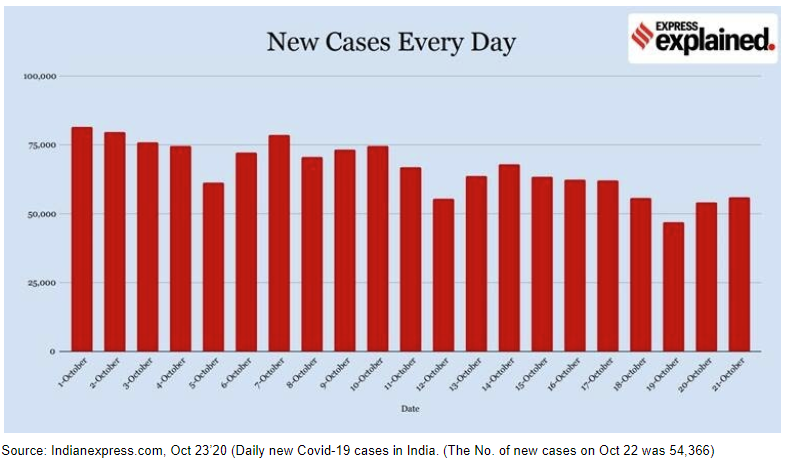 The CTA’s Covid-19 Task Force has said at its Oct 23 briefing that 81 new cases had been reported during the past week across Tibetan community in India and Nepal.

The Task Force has said 73 Tibetan cases had been reported from India and 8 from Nepal. In India these included 4 from Ladakh, 26 from Bylakuppe, 1 from Shillong, 31 from Mundgod, 3 from Shimla, 1 from Mainpat, 1 from Clement Town, 1 from Dehradun, 1 from Gangtok, and 4 from Hunsur. Of the total, 67 were male and 14 female, ranging in age from 11 to 74. The two new deaths were a 50-year-old man in Mundgod and a 76-year-old man in Nepal.