According to zeenews.india.com Aug 24, India might surpass Brazil, the second worst-hit nation in the total number of cases, within a month.

One piece of good news is that the latest daily number of new cases, at 60,975, was less than the daily number of those who had recovered, at 66,550, which meant a reduction in the number of active cases by 5,575.

Seven other states, namely Assam, Gujarat, Odisha, Rajasthan, Kerala, Haryana and Madhya Pradesh had reported more than 54,000 cases each so far in that order.

Seven other states/Union Territories, namely Punjab, Jammu & Kashmir, Jharkhand, Chattisgarh, Uttarakhand, Goa, and Puducherry had reported more than 10,800 cases each in that order. 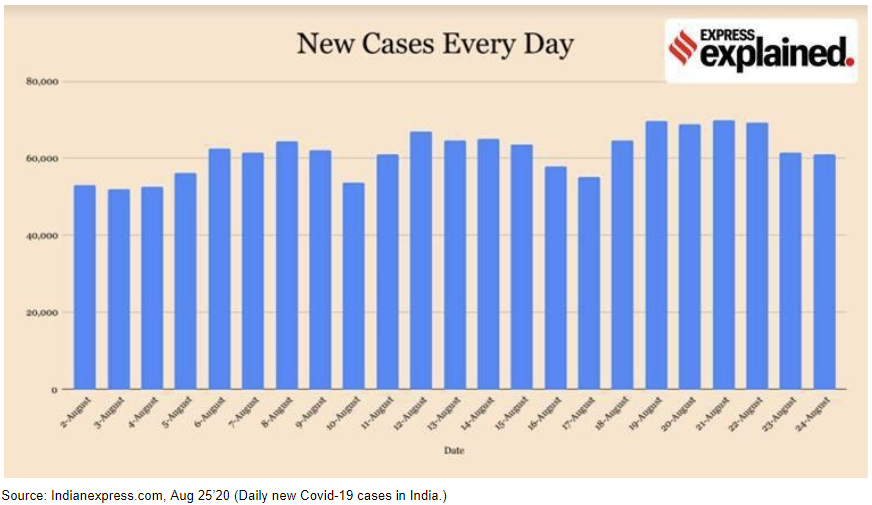 The total number of Covid-19 cases among Tibetans in India, Nepal and Bhutan stood unchanged at a total of 114 (↑20) so far, of whom 34 were active, 77 had recovered and three had died, according to the tally of the Central Tibetan Administration as of Aug 25 morning.