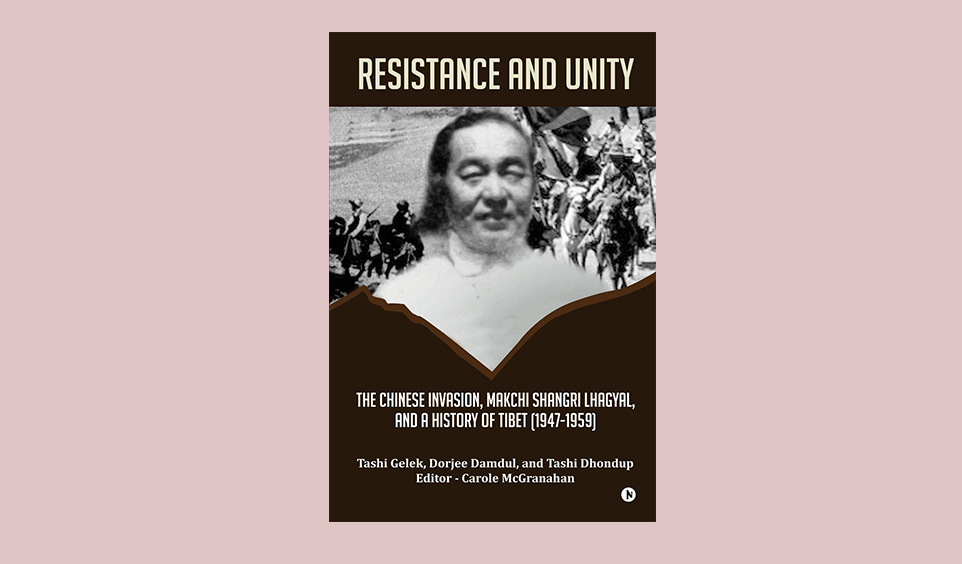 Resistance and Unity: The Chinese Invasion, Makchi Shangri Lhagyal, and a History of Tibet (1947-1959)

When families are separated, we come to know each other through stories. This is the experience of many Tibetans following the Chinese takeover of Tibet. We dream of meeting our relatives, and sometimes our dreams come true. This was the case for me as a young boy in Tibet in the 1980s. During a relaxed period of Chinese policy, my uncle Makchi Shangri Lhagyal returned to Tibet to visit his family. It was the most uplifting and joyful experience of my childhood. He came from India to visit, and brought with him photos of His Holiness the Dalai Lama. We reverently placed these on our family shrine and they remain there to this day. These sacred photos symbolized that although Tibet was lost, its soul, the Dalai Lama, was safe and living. For young me, the arrival of Makchi Shangri Lhagyal at our ancestral home in Tsawa Bomei in eastern Tibet was an important moment of reckoning and pride.

Tales of Shangri Lhagyal’s bravery and exploits were shared by relatives and friends with much awe. Before meeting him, I had conjured up an image of him as larger than life. As a young boy, both before and after I met him, I thought of him as a living example of Tibet’s unflinching resistance against the Chinese Communist army. But, as a little boy, I did not know the full story of his dealings with the Chinese. Nor did I have any idea that one day I would play a role in telling his story to the world.

As a teenager I escaped into exile and into a new world In India and later in the USA, where much later I had the chance to listen to two audio cassette recordings in which Shangri Lhagyal narrated his life story and the battles he fought with the Chinese. Listening to these tapes was like a ride on an emotional roller coaster. His voice was weak and fading, yet also determined and firm in deliberating his message. Here was the testimony of the man I admired, who had instilled confidence and a sense of worthiness in me as a young person at a tumultuous time in Tibet. Now in exile, how could I not be involved in passing his message of unity, patriotism, and exemplary service to future Tibetan generations?

This book about Makchi Shangri Lhagyal and a people’s history of Tibet is a multi-generational project spanning over three continents over 5 years of dedicated research and hard work involving the entire Shangritsang family. We are happy that the last words of Shangri Lhagyal are finally brought to fruition for a worldwide audience and for the Tibetan people.

As stated in the book’s foreword by Professor Carole McGranahan, “Starting with Shangri Lhagyal’s own narration of his life story, recorded on tape by his children before he passed away in 1984, this project grew from a biography of one man to a history of a country and its people. In this detailed book, the Shangritsang family offers the history of Shangri Lhagyal to the people of Tibet as a shared history. In both the pages of the book and the efforts of the family, there is much to learn and admire.”

Together with the other fighters, Shangri Lhagyal was selfless and unflinching in making sacrifices for the Tibetan nation and people. The lessons that we can learn from their stories send a clear, unequivocal message of resistance and unity as we arrive at a crossroads of uncertainty facing our future.

Shangri Lhagyal lived a hard life of struggle. His love for the Tibet nation is continued through his descendants, and this book entitled Resistance and Unity: The Chinese Invasion, Makchi Shangri Lhagyal, and a History of Tibet (1947-1959) is his legacy for generations to come.

This book is by no means a battle cry for Tibetans. But in order to know the enemy and know ourselves, we need to tell the true, uncensored story of Tibetans’ resistance to China without reservation. We need to give the resistance fighters their right place in history. From a narrow perspective, telling Shangri Lhagyal’s story is a fulfillment of filial duty of his children. On a deeper and somber level, remembering Shangri Lhagyal and others who died for Tibet’s freedom is a way of cherishing and honoring their courage, sacrifice, and memories. It is reliving the gallant history of Tibet’s past generations and passing the torch to the future generations to continue the struggle for Tibet’s freedom.

See here an earlier video promotion of the book embedded.

What lays ahead for the future of Tibetan people and their cause is unpredictable. There will be hard choices to make, and the voices of our elder generation will guide us in the right direction. A reviewer of Resistance and Unity stated that “this book is an important addition to the history of Tibetan opposition to the Chinese takeover of their country. Shangri Lhagyal was one of many Tibetans who refused to cooperate with the Chinese as they tried to substantiate and legitimate their claim to sovereignty over Tibet. He, like many others, was forced into open opposition as the only honorable option.” History repeats itself, and to understand Tibet’s present hardships, we need to know and delve deeper into our past history. Likewise, His Holiness the Dalai Lama has continuously encouraged elderly Tibetans to write truthful and candid narrations of their past lives for the reference of future generations. Through the story of Chamdowa Shangri Lhagyal, younger Tibetan generations can draw inspiration for the cause of Tibet.

In his autobiography, His Holiness the Dalai Lama highly commended the resistance fighters’ valor and patriotism: “in spite of my beliefs, I very much admired their courage and their determination to carry on the grim battle they had started for our freedom, culture, and religion. I thanked them for their strength and bravery, and also, more personally for the protection they had given me.” Like so many of his compatriots, Makchi Shangri Lhagyal considered his role as a commander in Chushi Gangdrug Tensung Danglang Mar [Four Rivers Six Ranges Army] as service to defend the Dalai Lama and Buddhism.

Perhaps this is the first kind of a book that has the collaboration of extended Tibetan family members in India, Switzerland, and the USA working together to find original sources, record their own memories, and do broader historical research so as to put Shangri Lhagyal and his fellow soldiers’ histories into the necessary historical and political context. This book is a labor of love and determination. Our dedication to telling the true story of Makchi Shangri Lhagyal led us to multiple authentic sources such as personal memories, interviews, books, and academic articles to connect the dots in reconstructing his life and Tibetan history during this perilous period. Resistance and Unity: The Chinese Invasion, Makchi Shangri Lhagyal, and a History of Tibet (1947-1959) offers an intimate understanding of the life of an unsung hero and of Tibet’s trials and tribulations with the People’s Republic of China. Through the publication of Makchi Shangri Lhagyal’s story and this broader Tibetan history, we honor and salute these forgotten heroes. We offer it to the Tibetan community in this 60th year of exile. Knowing our history will help us come together for joint cause of Tibet.

The book will be available at Amazon and in book stores after its first launch in Switzerland in September 2019. Or contact any of the authors at  tashigelek@gmail.com, damdulj@gmail.com, and tashi1957@yahoo.co.in

Book by Dalai Lama on environment set for Nov’20 release

The Sun Beaten Poetry: A Review of Burning the Sun’s Braids