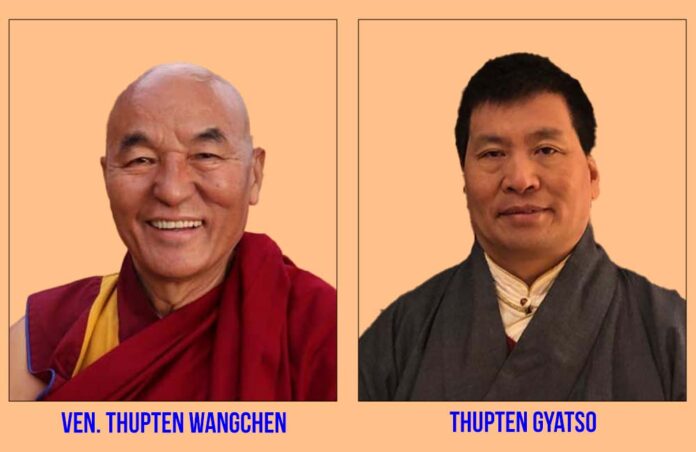 (TibetanReview.net, Apr20’21) – Apart from the exile Tibetan parliament election results for North-South America, those for Europe and Africa, as well as Australasia (excluding India, Nepal and Bhutan) are also out. Voting for these total of 5 seats in the 45-member Tibetan parliament are held on the basis of the current geographical constituencies rather than on the basis of the voters’ or the candidates’ pre-1959 Tibetan provincial origin.

The results have been announced by the concerned Regional Election Commissions.

The results announced by the different Offices of Tibet in Europe in their capacity as the concerned Regional Election Commissions show that Ven. Thupten Wangchen, a former TPiE member and the head of the Tibet House in Barcelona, Spain, and Mr Thupten Gyatso, residing in France, have won the highest and second highest number of votes.

Ven. Thupten Wangchen has won 4,743 votes while Mr Thupten Gyatso has won 2,884 votes. They will become members of the 17th Tibetan parliament in Exile on May 30. Gangshontsang Lobsang, residing in Switzerland, has come third with 2,426 votes, followed by Mr Tashi Deleg of Belgium with 2,656 votes.

For the lone Australasia (excluding India, Nepal and Bhutan) seat, the winner is Mr Doring Tenzin Phuntsok of Queensland who has polled 689 votes. He is followed by Mr Thupten Dhondup of Melbourne with 479 votes and Mr Gotsang Negen of Sydney with 352 votes.

The above winners are subject to confirmation by the Tibetan Election Commission at Dharamshala which will announce the final lists of winners anytime from May 14 to 28.

The outgoing, 16th parliament removed the entire panel of justice commissioners of the TSJC because it felt the latter dared to exercise jurisdiction over it.

Penpa Tsering appears set to become next Sikyong of CTA