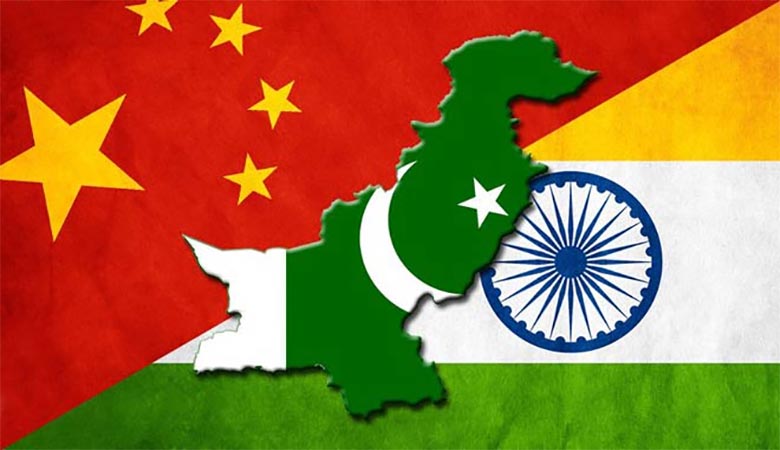 (TibetanReview.net, Mar01’19) – Pakistan has approached China to mediate in its latest conflict with India arising from a terrorist attack in Jammu and Kashmir on Feb 14, but the later could only ask both sides to exercise restraint to prevent tensions from escalating, according to a scmp.com report Feb 28. Islamabad has expressed hope that Beijing could play a constructive role in easing the tensions but the latter’s credibility is severely limited by its resolve to continue to protect from UN sanctions the leader of the Pakistan-based terrorist group which claimed responsibility for the suicide bomb attack on a convoy which killed more than 40 personnel of India’s Central Reserved Police Force.

The report cited a statement published on the Chinese foreign ministry’s website on Feb28 as saying the request was made late Feb 27 night in a phone call from Pakistan’s Foreign Minister Shah Mehmood Qureshi to his Chinese counterpart Wang Yi.

Citing the statement, the report said Qureshi told Wang about the latest developments in the conflict and expressed his hope that Beijing would continue to play a role in helping to resolve it.

Pakistan said it carried out six retaliatory air strikes in Indian-ruled Kashmir on Feb 27 and that it shot down two Indian air force planes which entered its airspace. One pilot has since been confirmed captured.

Pakistan’s Prime Minister Imran Khan has demanded actionable evidence to act on those involved in planning and ordering the terrorist attack while also calling for peace talks, which India has rejected. Khan has also warned in a television address that a miscalculation could lead to nuclear war.

The report cited China has having made repeated appeals to Islamabad and New Delhi to hold dialogue to maintain regional peace and prevent their long-running dispute from worsening.

The report noted that earlier, on Feb 27, Wang met India’s Foreign Minister Sushma Swaraj on the sidelines of trilateral talks with their Russian counterpart Sergey Lavrov in the east China city of Wuzhen.

“China is concerned with the tense situation facing South Asia,” Wang was quoted as saying. “As a mutual friend to India and Pakistan, China hopes both sides can exercise restraint to avoid an escalation of tensions.”

But in India, Prime Minister Narendra Modi attracted renewed criticism for his soft approach to China in his attempts to improving bilateral ties. A summit between him and Chinese President Xi Jinping year was claimed to have “reset” relations. But following the attack – for which Pakistan-based militant group Jaish-e-Mohammad claimed responsibility – there have been calls for a tougher stance on China.

For years, China blocked India’s effort to have the group’s founder, Masood Azhar, listed as a terrorist as a favour to its superlative, all-weather friend Pakistan. His group itself has long been a UN-listed terror group but continues to enjoy protection especially from Pakistan’s Army and its Inter-Services Intelligence over both of which the elected government has little sway.