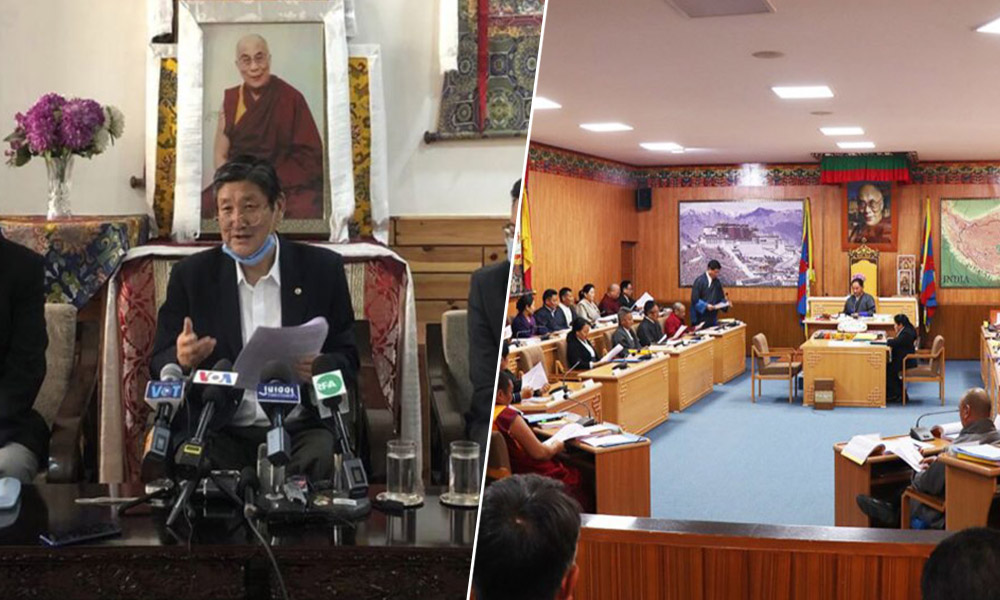 If the Tibetan Parliament in Exile’s dismissal of the justice commissioners of the Tibetan Supreme Justice Commission lacked both legal authority and political prudence, the Kashag’s failure to rise to the occasion and, instead, maintaining of a deafening silence of apparent indifference remains a historic moment of ineptitude, writes Prof Nawang Phuntsog*

In recent Tibetan Diaspora news, perhaps it is not too far-fetched to state that nothing has received more media attention and public outcry than that of the Tibetan Parliament in Exile’s (TPIE) unceremonious and illegal ouster of three judges on March 25, 2021. When the 31 Chitues, led by the Speaker, cast their secret ballots to remove the judges, they may not have envisaged that their actions would spiral into the possible collapse of Tibetan democracy, earning the unabashed wrath of the public that it is supposed to serve. This messy conundrum undoubtedly provided an opportunity for the Kashag to showcase its leadership mettle, but unfortunately, it failed to seize the occasion. Therein lies the tragedy that could have been prevented at the outset.

The Kashag seems to have also received a deluge of appeals from different public sectors. However, there has not been a response indicative of its leadership role. This deafening silence is a troubling sign, equivalent to the March 25th Parliament session. The deadlock has become an event that gladdens the heart of a foe and saddens a friend.

This piece is not at all an evaluative description of the achievements and contributions of the Kashag under the leadership of Sikyong Dr. Lobsang Sangay. On the contrary, the central thesis for this narrative is that Kashag’s inaction during the March 25th TPIE session will likely become its defining moment, tainting its legacy. Conversely, the Kashag missed the opportunity to demonstrate its leadership acumen to address and resolve the judiciary quandary effectively and efficiently.

The Kashag’s perceived glowing achievements are likely to pale under the weight of its inaction and silence during and after the illegal termination of three judges of the Tibetan Justice Commission. This ineptitude is more likely to be remembered and recalled in public discourses as a critical moment of this Kashag’s tenure, and there is actually a psychological reason to support this stance. According to the theory of Negative Memory Bias, individuals are generally more likely to recall a negative experience than a positive one, even if the adverse event only occurred one time.

To offer a context for this piece, I tried to recall defining moments of Trump’s administration and scoured news reports in the US to select two themes. Most media outlets seemed to agree that the impeachment episode of former US President Donald Trump was a significant one likely to be included in history books. Another notable event was the firing of FBI Director James Comey, which led to special counsel Robert Muller’s investigation of Russian interference in the 2016 US election. These two examples are only for illustrative purposes, as it would be futile to assume that a co-relationship exists between the impeachment of the US President or the firing of the FBI Director with the termination of the three Tibetan judges.

Furthermore, social media is inundated with pleas for the reinstatement of the three judges unceremoniously terminated by the TPIE through its illegitimate ballot process. Former CTA officials and others are despondent with the current unstable state of affairs in Dharamsala. They are deeply concerned that a real possibility exists there might not be judges to administer the oath for the new Kashag members and Chitues on May 26. The Kashag’s indifference to the looming collapse of Tibetan democracy and its infrastructure is frankly appalling.

History is replete with examples of how skillful leadership averted a community from political or judicial disasters. I believe that the current Kashag has unfortunately undermined its leadership role for preserving constitutional and democratic integrity. We all know that democracy is a messy but rules-based undertaking requiring all its activities to be conducted according to rules and regulations enshrined in the Charter.

A leadership’s mettle is tested when confronted with an impasse or a dilemma and its ability to offer a bold solution to save the institution with a no-matter-what attitude. Thus, it is worth recalling that Pandit Nehru was very protective of India’s nascent democracy during the early days of India’s independence. Above all, through his personal examples, Pandit Nehru nurtured and promoted democratic institutions and processes (Tharoor, 2003). For example, he was once reported for criticizing a judge but did not hesitate to extend his apology the next day to the individual judge and the Chief Justice of India. In another instance, at the height of his popularity and power, Nehru published an anonymous article where he criticized the pitfalls of giving dictatorial temptations to Nehru (Tharoor, 2003). For Pandit Nehru, it was his solemn responsibility and calling to preserve and protect India, which was “a dream and vision, yet very real and present and pervasive.” Similarly, Tibetan democracy and its institutions were dreams envisioned by His Holiness and entrusted to our community to cherish and protect them like a precious jewel.

* The Author is a Professor of Education who retired recently and is currently residing in the US.

The Tibetan Struggle: At a Tipping Point