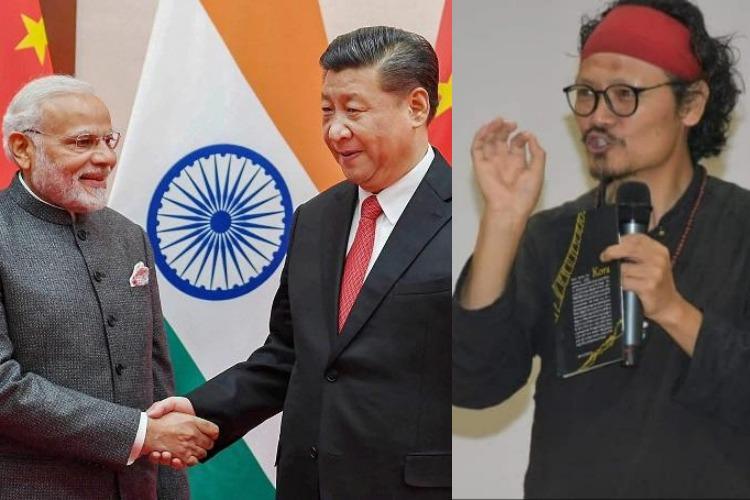 (TibetanReview.net, Oct07’19) – Apart from writer and independence activist Mr Tenzin Tsundue, police in the south Indian state of Tamil Nadu have taken into custody eight other Tibetan activists on suspicion of planning to protest during the Oct 11-13 informal summit of visiting Chinese President Xi Jinping and Prime Minister Narendra Modi in the coastal town of Mahabalipuram (also known as Mamallapuram) in Viluppuram district.

While Tsundue was held from a hotel in Kottakuppam panchayat town, which is situated near Puducherry, in Viluppuram in the night of Oct 5, the other eight Tibetans, who are members of the Tibetan Youth Congress and Students for Free Tibet-India, were held the next day in Chennai city. The eight were stated to have travelled from Delhi to organize protests during Xi’s visit yo Xi Jinping to Mamallapuram in Kancheepuram.

Tsundue was accused of planning to unfurl Tibet banners during Xi’s visit. Police officers have said he was committed to judicial custody in Chennai Puzhal Central Jail where he was taken in the wee hours of Oct 6.

According to hindustantimes.com Oct 7, the state police was alerted by the Union Home Ministry that Tsundue, a “Free Tibet” movement supporter, may protest at the venue during the summit.

“Tsundue was trying to get a room in a hotel which in turn alerted the police leading to his arrest,” the report quoted police officers as saying.

He was booked under Section 7(1)(a) of The Criminal Law Amendment Act read with Section 4 of The Foreigners Act (obstruction, intent to use violence and loitering), thenewsminute.com Oct 7 quoted Viluppuram police as saying.

The State police also launched an enumeration of Tibetans students/workers settled across the State ahead of Modi-Jinping meeting, reported thehindu.com Oct 7. It added that plainclothesmen were deployed to gather intelligence on the plans of the Tibetans and take effective steps to prevent any gathering or incident at the venue, airport and route of the Chinese VIP convoy.

This will be a return visit from Xi on Modi’s invitation. The two met in a similar summit in April last year in Wuhan, the picturesque sprawling capital of Central China’s Hubei province, in April 2018.