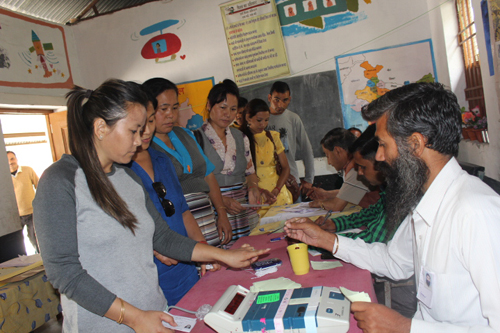 (TibetanReview.net, Feb11, 2018) – Tibetans living in Kangra District of Himachal Pradesh, which includes Dharamshala, the nerve centre of the exile Tibetan community, who had registered in India’s Electoral Roll have been directed to surrender their Foreigner’s Registration Certificate (RC) as this was incompatible with their new status as citizens.

A circular has been issued to the Tibetan settlements and collectives in Dharamshala and Bir area on Feb 3, directing Tibetans with both voter identity cards and RCs to surrender the latter documents within one month to the Foreigner’s Registration Office (FRO).

The circular is said to note that the issue was raised by India’s Principal Secretary, Ministry of Home Affairs, through official channels to the state government.

It is also said to point out: “The possession of registration Certificate indicates their foreign status whereas the acquisition of Indian Voter ID card would enable them to prove their Indian identities, which have security implication.”