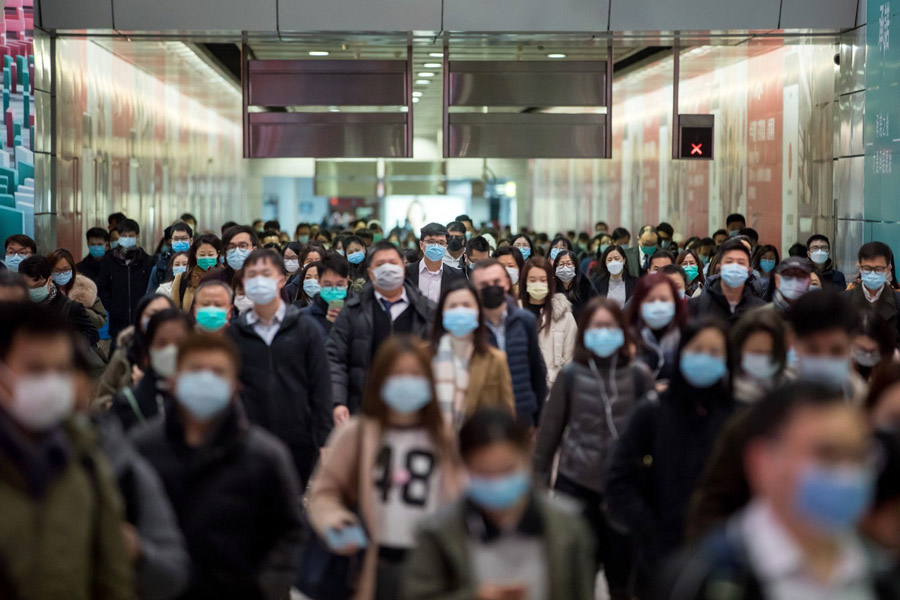 (TibetanReview.net, Jan31’20) – As the novel coronavirus pneumonias which originated in the Chinese city of Wuhan in Dec 2019 continues its rapid spread, Geneva-based World Health Organization (WHO) which last week described its risk assessment for the outbreak as “moderate”, has on Jan 30 declared it a “public health emergency of international concern”.

However, speaking at a press conference after a closed-door meeting of the WHO Emergency Committee, Director-General Tedros Adhanom Ghebreyesus, stressed that the WHO disfavors or even opposes imposing travel or trade restrictions on China, reported China’s official Xinhua news agency Jan 31. Dr Tedros had met with President Xi Jinping in Beijing on Jan 28.

The WHO declaration came as Chinese health authorities announced Jan 31 that 9,692 confirmed cases of pneumonia caused by the novel coronavirus had been reported in all the 31 provincial-level regions of the People’s Republic of China and the Xinjiang Production and Construction Corps by the end of Jan 30. A total of 213 people have died of the disease.

China’s National Health Commission said in its daily report that 1,527 patients remained in critical conditions, and 15,238 people were suspected of being infected with the virus as of the end of Jan 30.

The WHO is governed by an annual convocation of the health ministers of all UN countries and its role is to offer advice, with governments then making their own decisions about how they protect themselves.

Amir Attaran, a professor of law and epidemiology at the University of Ottawa, has called the WHO declaration “inexcusably late”. The committee’s reasoning that it lacked enough scientific evidence to declare an emergency last week was “balderdash,” nytimes.com Jan 30 quoted him as saying.

“Borders are closed, aircraft grounded and ships anchored as WHO mutely dithers over whether or not to declare an emergency,” he has complained.

Nevertheless, experts at the WHO, long known to dance to China’s tune, have lavishly and repeatedly praised China’s response as remarkably aggressive.

China is building two hospitals, in just two weeks, to house coronavirus patients, and cordoned off the major cities at the outbreak’s epicenter, Hubei Province, stranding more than 50 million people at the height of the Lunar New Year holidays.

However, due to delayed response, criticized even in China online, five million people were able to leave Wuhan, the city where the outbreak began, before its train and bus stations and airports were closed. As a result, there were outbreaks across the country.

Meanwhile, Chinese authorities are cracking down on negative media coverage and social media commentary about the coronavirus outbreak, threatening anyone who breaches their rules with up to seven years in jail, reported vice.com Jan 30.

The report noted that on Jan 29 the government authorities issued an order for an article that looked at the possible negative impact of the outbreak on China’s economy to be scrubbed from the internet. The article, published by state-owned weekly news magazine Sanlian Life Week, was reported to have considered what might happen to the Chinese economy if the WHO declared the Wuhan coronavirus to be a “global health emergency”.

Li Lanjuan, an academician with the Chinese Academy of Engineering, who heads the State Key Laboratory for Diagnosis and Treatment of Infectious Diseases, has said it will take at least three months to prove that a vaccine for the novel coronavirus (2019-nCoV) is effective. “We have isolated five strains of the virus, two of which are very suitable for vaccine development,” she was quoted as saying.