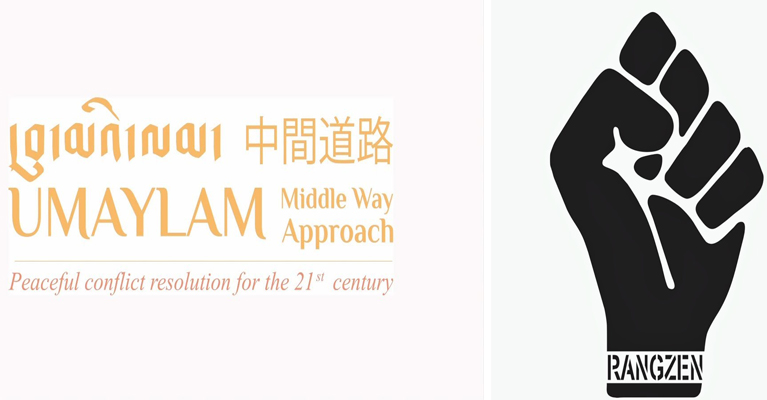 (TibetanReview.net, Jun16, 2018) – The 5th International Rangzen Conference (May 23rd-25th) and the first International Umaylam Conference (May 26th-31st), both held in Dharamsala this year, saw the participation of a large number of Tibetan students. The question how Tibetans can regain their homeland in this unique time of differing political ideologies has led to the creation of an environment that sometimes borders on intolerance of any critique on them. Both sides of the debate believe in the truth of their own arguments, and it seems that this belief emanates from one’s idea of ‘belonging’ to an ideology. Both answer the same question of Tibet: Rangzen means to pursue complete independence of Tibet whereas Umaylam approach welcomes a space for negotiation with the Chinese Communist Party (CCP). It is partly reason and partly faith, though faith has more stronghold than reason and seems to determine one’s disposition in the heated political climate here.

The conferences reached an extensive number of students (Umaylam more than Rangzen), and both were visibly devoted to their own separate agendas. One could argue that the manner in which the conferences and the discussions therein played out seemed more like a competition between the two rather than an attempt to work towards a shared objective. Whether they were intentionally competitive cannot be conclusively established; however, it was hard to not notice emerging undercurrents of tension and conflict between the two. The symbolic markers of both the conferences in Dharamsala need to be observed and assessed accordingly.

The Rangzen conference started off with vivid discussions on the resistance so far. Perhaps because it was its 5th conception, the Rangzen Conference seemed relaxed in its manner and execution of events. There seemed more space for discussion and critique from the participants. Jamyang Norbu, Dibyesh Anand, and Tenzin Rigdol with Bhuchung D. Sonam sparked interesting debates among the participants. It was Jamyang Norbu’s talk that was the most anticipated. His was an assertion of the truth of Tibet’s independence, and he argued that he has Tibet’s history on his side. It had been this assertion of the truth of Tibet’s historical independence and some of his remarks on the Dalai Lama that had led to his ostracisation by the Tibetan community, forcing his departure from Dharamsala a decade ago.

However, much has changed since then, as was evident from the symbolic victory and moment of validation for Rangzen supporters when the participants of the conference had the opportunity to take a picture with His Holiness. Jamyang Norbu’s blog, Shadow Tibet, also recently published an article talking about his personal audience with His Holiness, giving added legitimacy to his ideology and political stance. These overwhelming gestures were appreciated by almost everyone, whether on the side of Umaylam or Rangzen. It is perhaps this gesture alone that somehow ‘redeemed’ the Rangzenpas.

Interestingly, in a segment at the conference featuring Tenzin Rigdol and Bhuchung D. Sonam, there were allusions to an earlier controversial expressionist artwork called Scripture Noodle by Tenzin Rigdol, which was criticised heavily both at the time of its initial introduction and during its presentation in the conference. The whole discussion revolved around its repercussions and how it has supposedly caused ‘harm’ to the religious ideal that Tibetan Buddhism upholds. Even Jamyang Norbu stood twice to advise the audience not to disregard an artist just because their work does not align to an aspect of patriotism that borders on restricting of free speech and mild ostracisation. Amidst all the confusion, one can contend that even in a space that the conference preached to be free for all opinions there were noticeable contradictions at hand.

Similar to this, on the first day of the Umaylam conference, there were varied situations where people of the same viewpoint were trying to disregard other perspectives. The conference conducted group discussions that aimed to imbue a multipronged understanding of the approach among the people. In view of this, all the participants were divided into ten groups, each with thirty or more participants. In our group, there were suggestions such as how ‘we’, meaning the ‘followers’ of the Umaylam conference, had a moral duty to ask the Chithues (members of parliament) present at the Rangzen conference to reconsider their positions in the parliament since they are deliberately not aligned with the government-in-exile’s policy. Although the suggestion was immediately shunned by some people in our group, it is important for us as a people to realise that such kind of ostracisation and alienation on the basis of differing ideologies is ultimately fruitless, counterproductive and not to mention undemocratic. There were other such contemptuous suggestions proposed specifically in our group that tended to be unnecessarily bent on excluding other Tibetans with an opposing ideology.

This is of course not to say that the entire conference was defined by such exclusionary tactics but that there were elements sprouting occasionally that lent no productive perspective towards the achievement of our goals or to the general public present there. It also does not mean the conference wasn’t a success, since the number of people present outnumbered the ones in the Rangzen conference, but the discussions seemed increasingly unable to tolerate different opinions.

The symbolic marker of the first Umaylam conference was a talk by His Holiness. On the second-to-last day of the conference, the Dalai Lama started with a clarification that the Middle Way Approach is a path proposed by him and that he needs to be its spokesperson. It served as a reminder of how the decision was arrived at steadily and was the outcome of intensive deliberations for many years. He argued that the realization of the greater autonomous Tibet will only be achieved through negotiations with the People’s Republic of China (PRC). He even lightly touched upon the need to let the Rangzen supporters have their space for different discourses in this emergent time.

Given the positive and accommodative tone that His Holiness adopted in his talk, it is essential to discuss the ability to discuss/negotiate/debate seemingly difficult and sensitive topics in our environment. Notably, it appeared that there was less space to speak in the Umaylam conference than the Rangzen conference. A curtailing of more radical thoughts and opinions at the former may not have been intentional, but there were forces at work that were subtly using His Holiness’ name in order to legitimize their political approach and silence dissenting voices. The political framework is complex everywhere, but we have to be critical of such a method of legitimization itself.

It seemed that the main problem faced by many students was the inability to understand the conflict between the two groups. It was as if the discussions depended almost exclusively on one’s political alignment towards either of the two ideologies in an ossified binary. It is my belief that one has to persist and endure, raise questions and maintain a critical outlook in order to really understand the intricacies and various loopholes of a political struggle, wherever and whenever one can find an opportunity to do so.

One journalist specifically asked me, “Which ideology do you support?” I felt that the question itself was wrongly put. When someone tries to seek an absolute answer, it inevitably erases the possibility of dialogue and evokes the fatalism of two parallel lines that will never meet. Reason, rationality and the liberty to raise questions are fundamental characteristics of a democracy, and a community that takes pride in being democratic has to hold these ideals with true conviction.