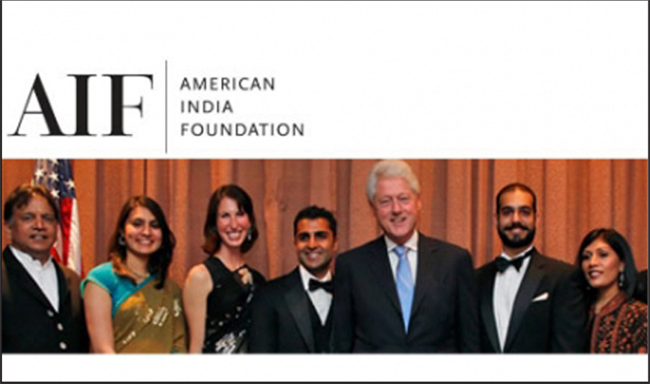 (TibetanReview.net, Mar29’19) – Two fellows from a nonprofit organization working to accelerate social and economic change in India and cofounded by former US President Bill Clinton are to work with the Central Tibetan Administration (CTA) for a period of ten months beginning Sep 2019. The CTA said on its Tibet.net website Mar 28 that a partnership agreement was signed between the American Indian Foundation (AIF) and CTA’s Social and Resource Development Fund (SARD) on Mar 22.

The New York-based charitable trust founded in 2001 partners with 227 Indian NGOs and is described as one of the largest secular, non-partisan American organizations supporting development work in India. Its main focus is on education, livelihood, and public health.

AIF requires the two William J. Clinton Fellowship fellows to be American or Indian citizens, aged between 21 and 34, and holding a minimum of a Bachelor’s degree. The fellows will be selected from a pool of successful applicants after an in-person interview which will be held in major cities in the United States and India in April. AIF and its partner organizations (including SARD) will interview candidates for their chosen projects.

Fellows will be officially admitted and offered a place into the programme in July.

The CTA’s Chief Resilience Officer and SARD Director, Mr Kaydor Aukatsang, has said the programme will enable CTA to benefit from the service and expertise of some of the best and brightest young leaders while the fellows will learn about the Tibetan community.