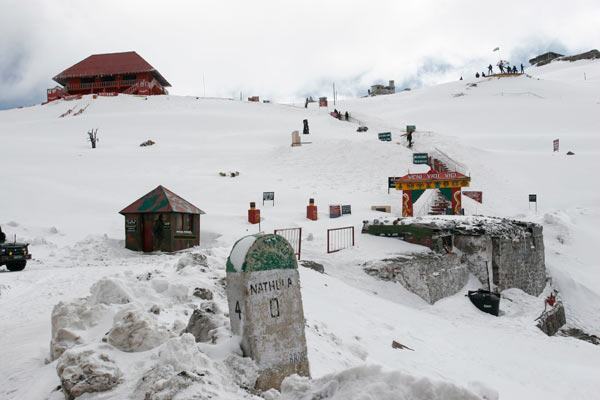 (TibetanReview.net, Feb11, 2018) – In a possible indication of improved relations with India, China has confirmed the resumption of Kailash Mansarovar Yatra through the Nathu La route. This was stated by India’s Minister of State for External Affairs VK Singh while addressing the Lok Sabha, the Lower House of Indian parliament, said media reports Feb 9.

The yatra was stopped by China at the end of June 2017, citing “security reasons”. This occurred in the aftermath of a military face-off with India which began on Jun 16 at Doklam. The border site is part of Bhutan, which has a security deal with close friend India, but claimed by China as well and is located close India’s Sikkim state. China kept demanding, with strident threats of war, that Indian forces withdraw from the site. It ended 73 days later, just ahead of a BRICS summit scheduled to be held in China.

The minister’s remark has been confirmed by China’s ambassador to India, Mr Lou Zhaohui, on Feb 8. He was quoted as saying, while addressing a gathering at the Chinese Spring Festival reception at the embassy in New Delhi, “New Year is like a blank book. The pen is in our hands. We have already started writing a new chapter of China-India relations. Recently, State Councilor Yang Jiechi and Foreign Minister Wang Yi visited India successfully. The Pilgrimage arrangements have been made now.”

India had raised the matter of resumption of the Nathu La route with China on several occasions and Minister of External Affairs Ms Sushma Swaraj too had spoken to Chinese Foreign Minister Wang Yi in December, reported ibtimes.co.in Feb 9. After much efforts and discussion, China has finally decided to allow pilgrims to travel to Kailash-Mansarovar through Nathu La, the report added.