(TibetanReview.net, Jan19, 2018) – Reporting progress in the ongoing building of China’s second railway line into Tibet, China said Jan 18 that it had completed on Jan 17 the first super long tunnel on the Sichuan-Tibet railway. The total length of the tunnel, named as Sangzhuling tunnel, is 16.449 kilometres, reported the official chinadaily.com.cn Jan 18. 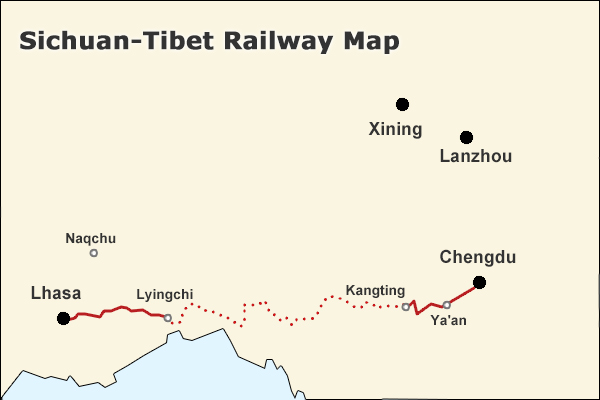 The report said that with an ambient temperature of 56 C, those on the job couldn’t work for more than two consecutive hours. The maximum rock temperature inside the tunnel was stated to be 89.9 C, the highest encountered during any railway construction in the People’s Republic of China. More than 16,000 rock bursts were reported to have taken place.

The report described Sangzhuling tunnel as one of the most important engineering projects of the Sichuan-Tibet railway, “which is one of the five railways that connect Southwest China’s Tibet autonomous region to the rest of the country.”