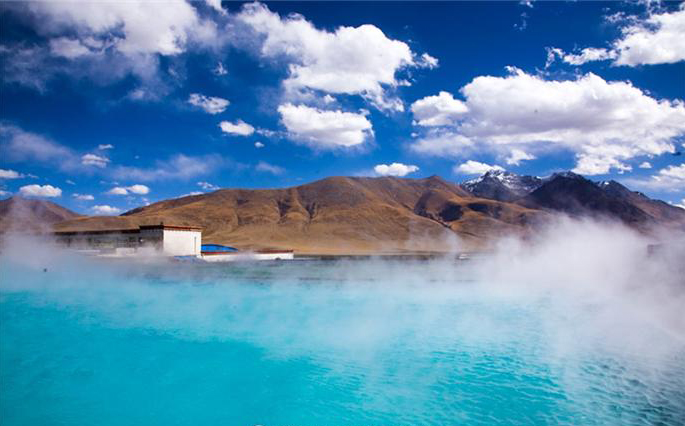 (TibetanReview.net, May12, 2018) – China indicated May 10 that it will no longer have to rely only on imports of helium, which has applications in, among other things, aerospace, low temperature superconductivity, the nuclear industry, thanks to a new discovery it has made in western Tibet.

A thermal spring rich in the rare gas helium has been identified in Ali (Tibetan: Ngari) prefecture of Tibet Autonomous Region, and has the potential to be exploited, reported China’s official Xinhua news agency May 10, citing the Science and Technology Daily May 10.

The report noted that helium concentration exceeding 0.1 percent could be industrially utilized.

Quoting a source from the Institute of Tibetan Plateau Research with the Chinese Academy of Sciences (CAS), the Science and Technology Daily report has cited researchers from China and the United States as believing that the helium concentration in some thermal-spring gas in Ali prefecture in Tibet could be as high as 1.11 percent.

Helium is described as a colorless and odorless inert gas with a low boiling point. It is said to have been widely used in aerospace, low temperature superconductivity, the nuclear industry and scientific research.

The concentration of helium in the atmosphere is said to be only 5.2 parts per million, making the cost of its extraction very high.

The report said that because China had low levels of helium, it had to rely on imports for a long time. It noted that there was as of now only one natural gas field in China that could realize the industrial exploitation of helium.

Tibetan villagers, monastics in Qinghai being evicted for a hydropower project