(TibetanReview.net, Oct12’20) – The number of new Covid-19 cases is growing faster than ever with more than one million new cases reported around the world in the past three days, as France, Russia, Nepal and several American states set records for the highest daily number of new infections, reported the New York Times Oct 12 morning.

Globally, the US, with over 7.7 million cases, leads with the highest number of infections since late May. But India, having crossed the 7 million mark on Oct 11 morning, is on course to overtake it, the report noted. India has continued to report the highest daily number of new infections by a large margin for months.

Four states, namely Maharashtra, Andhra Pradesh, Karnataka, and Tamil Nadu have accumulated more than 650,000 cases each in that order.

Six other states, namely Uttar Pradesh, Delhi, West Bengal, Kerala, Odisha, and Telangana had more than 210,000 each in that order. 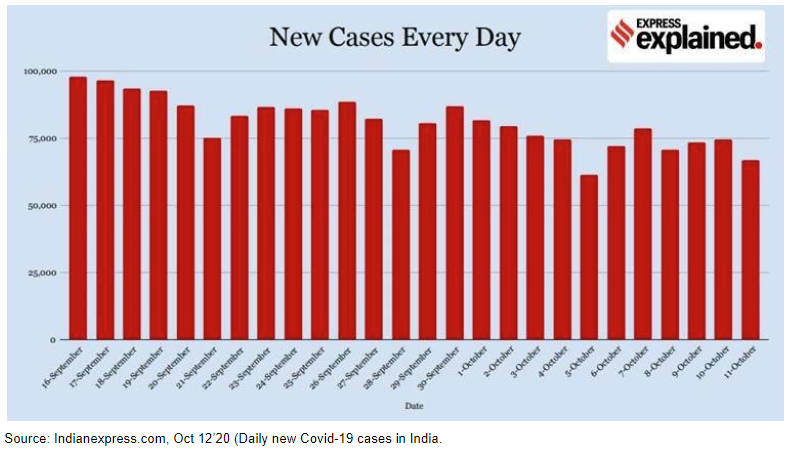 The total number of Covid-19 cases among Tibetans in India, Nepal and Bhutan had remained unchanged for the third day at 535 (↑0), of whom 287 were active, 233 had recovered and 15 (↑0) had died, according to the tally of the Central Tibetan Administration (CTA) as of Oct 12.