(TibetanReview.net, Sep24’20) – Recoveries have exceeded fresh Covid-19 cases for the sixth day in India on Sep 24 morning even as the country continues to report the world’s highest number of daily new cases at over 80,000.

However, the five states with the highest cumulative number of cases – Maharashtra, Andhra Pradesh, Tamil Nadu, Karnataka, and Uttar Pradesh – have shown a declining trend for the last few days, noted the indianexpress.com Sep 24.

And the country’s total Covid-19 caseload has breached the 5.7 million mark.

Four states, namely Maharashtra, Andhra Pradesh, Tamil Nadu, and Karnataka have accumulated more than 540,000 cases each in that order.

Three other states/ Union Territories, namely Chattisgarh, Jharkhand, and Jammu & Kashmir had reported more than 67,000 cases each so far in that order. 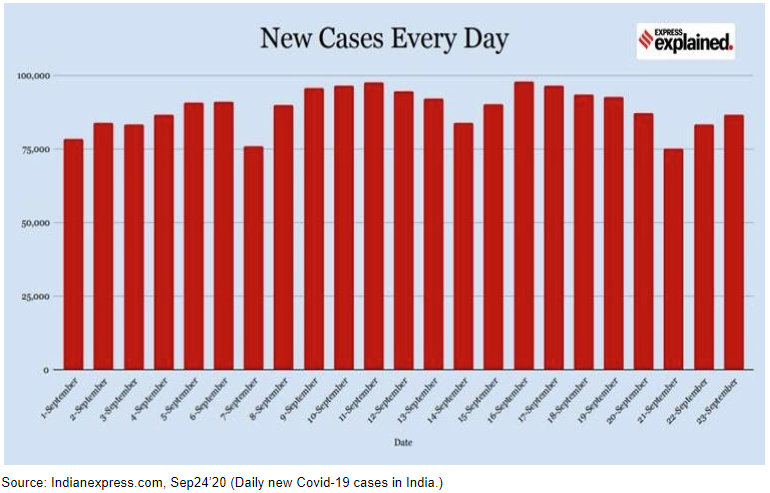 The total number of Covid-19 cases among Tibetans in India, Nepal and Bhutan had increased to 320 (↑8), of whom 130 were active, 178 had recovered and 12 had died, according to the tally of the Central Tibetan Administration as of Sep 24.