(TibetanReview.net, Aug27’20) – Reporting over 75,000 Covid-19 cases for the first time in a span of 24 hours, India’s virus tally sprinted past 3.3 million on Aug 27 morning, according to the Union Health Ministry data. India’s latest caseload in the third-highest daily count recorded in any country in the world, after 78,427 cases on Jul 25 and 76,930 infections on Jul 17, both recorded in the US, noted timesofindia.com Aug 27, citing data compiled by ourworldindata.org.

The latest daily number of new cases, at 75,760, was more than the daily number of those who had recovered, at 56,013, which meant a significant increase in the number of active cases by 19,747.

Seven other states, namely Assam, Gujarat, Odisha, Rajasthan, Kerala, Haryana and Madhya Pradesh had reported more than 56,000 cases each so far in that order. 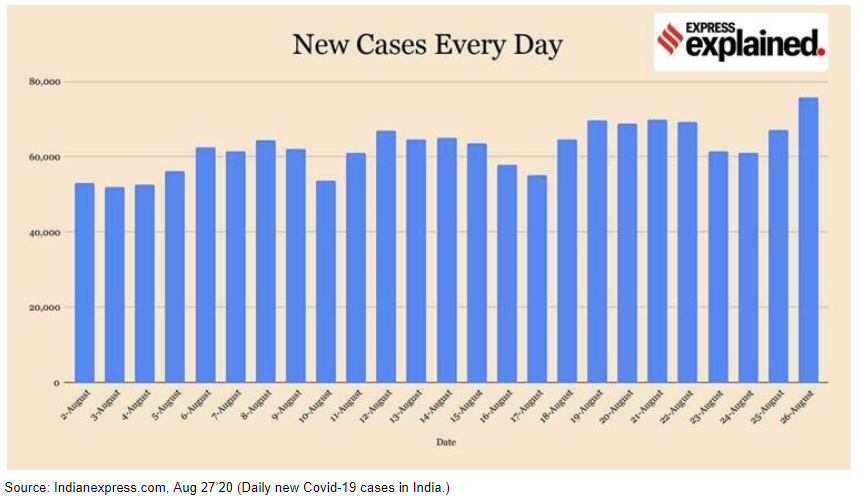 The total number of Covid-19 cases among Tibetans in India, Nepal and Bhutan had risen to 135 (↑21) so far, of whom 55 were active, 77 had recovered and three had died, according to the tally of the Central Tibetan Administration as of Aug 27 morning. Several reports suggested that 30 residents of a Tibetan home for the elderly in Ladakh had been found to be Covid-19 positive.