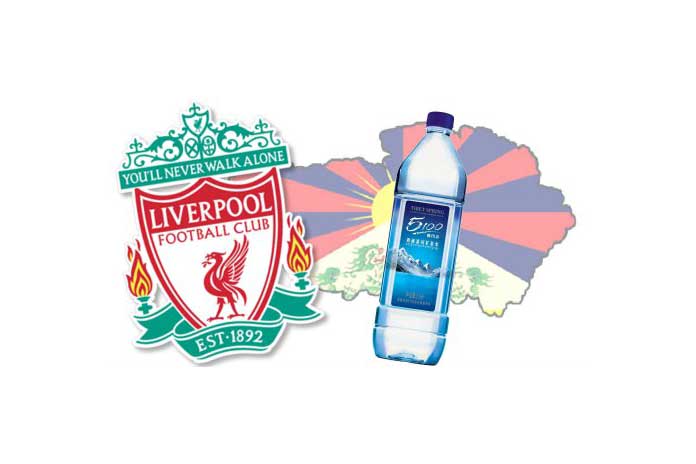 The top-flight English soccer outfit had signed a regional deal with the Chinese mineral water brand in July last year. But it quickly came in for criticism from activists who say the company benefits from the Chinese government’s brutal military occupation of Tibet.

The report noted that in Oct 2017, a petition calling for Liverpool to scrap the deal citing the ‘repression, torture and denial of political freedoms’ in Tibet received over 80,000 signatures. The tie-up was also the target of protests.

UK-based Free Tibet, a non-governmental organisation (NGO), has said last month that Liverpool’s first matchday programme of the 2018/19 season no longer featured the Tibet Water logo, suggesting that the club had opted not to renew the deal. The company’s branding had also disappeared from Liverpool’s website.

Free Tibet has confirmed in a tweet on Sep 8 that Liverpool have now dropped the sponsorship, which designated Tibet Water as the club’s official regional water partner in China.

Liverpool themselves are yet to make an announcement. They had also not made any official comment when the protests were ongoing.