(TibetanReview.net, Nov29, 2018) – Prominent Chinese scientists have dismissed as unfeasible and “delusional” their government’s ambitious project to artificially increase rainfall on the Tibetan Plateau to boost water supply for China, reported caixinglobal.com Nov 27. The plateau region is home to the headwaters of major Asian rivers that include the Yangtze and Mekong. They have also warned that the project may result in unintended, transnational environmental consequences.

The project, dubbed “Sky River,” aims to boost China’s declining water supply by directing rain onto the Tibetan Plateau. It is led by researchers from Tsinghua University and Qinghai University with government funding and support from the China Aerospace Science and Technology Corp (CASC), a state-owned company that has also played a major role in the country’s space programme, the report noted.

The project involves building fuel-burning chambers on Tibetan mountains facing a moisture-laden current (the “river” referred to in the project’s name). These chambers will produce silver iodide crystals, which will be carried upward by the currents hitting the sides of the mountains, seeding the atmosphere to create clouds. Essentially, the system aims to arrest the moist current and turn it into precipitation over the dry plateau rather than elsewhere on its path through the continent. 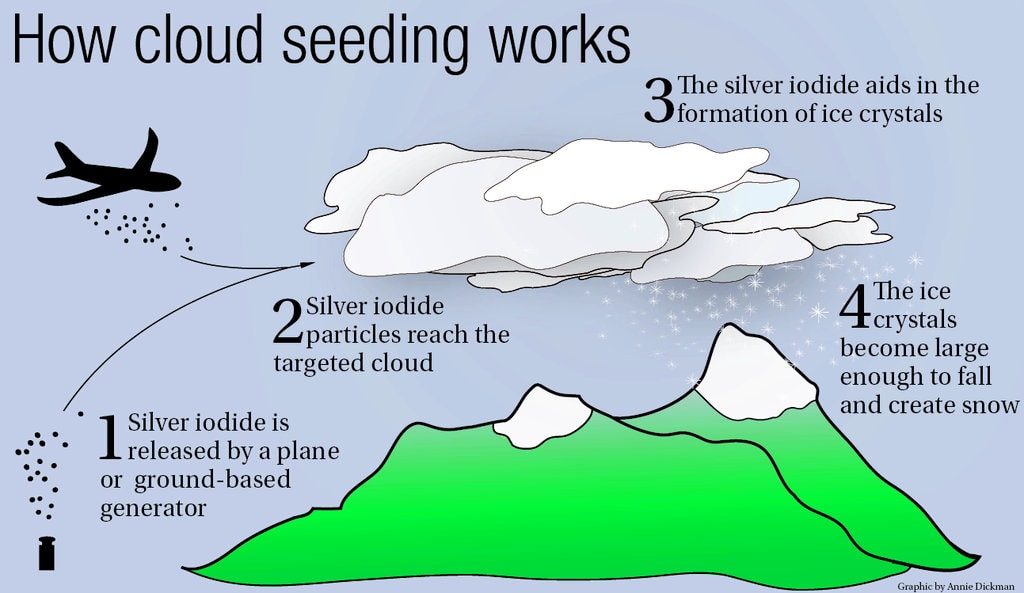 A 2016 Xinhua report was cited as saying five billion cubic meters (177 billion cubic feet) of precipitation was expected to be diverted into the region each year.

However, noted the caixinglobal.com report, last week, ScienceNet.cn, a publication sponsored by the Chinese Academy of Sciences, published a collection of statements from prominent academics criticizing the project.

In it, Lu Hancheng, a professor at the National University of Defense Technology’s School of Meteorology and Oceanography, was quoted as saying, “This is a preposterous and delusional project with no scientific basis and no technical feasibility.”

Besides, Sun Jiming, a meteorology researcher at the Chinese Academy of Sciences, was quoted as saying, “The scientific understanding of the physical processes of artificially influencing precipitation is still incomplete.”

And Du Fu, a researcher at US National Oceanic and Atmospheric Administration, has told Caixin that it is impossible to manage atmospheric water vapour in the way envisaged by the project, saying, “Artificial rainfall is feasible, but the effect is limited.”

He has said the project will at most improve meteorologists’ understanding of weather in the area, but at too high a cost.

Besides, the project may lead to unintended environmental consequences on an area known for its glaciers and low annual rainfall. The report pointed out that scientists haven’t been able to rule out the possibility of changes in areas downwind of the project, and “at times unintended effects may cross political boundaries,” citing the American Meteorological Society.