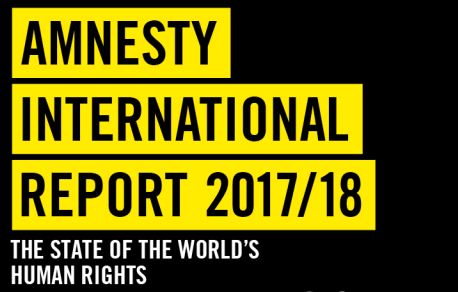 (TibetanReview.net, Feb27, 2018) – China’s “anti-separatism” or “counterterrorism” campaigns are particularly severe in the Xinjiang and Tibetan-populated areas and present serious threat to the human rights of the Uighurs and Tibetans, said Amnesty International in its latest, 2017/18 report which was released on Feb 22.

The report said the Chinese Government has “continued to draft and enact new laws under the guise of ‘national security’ that presented serious threats to human rights.”

The report said Tibetans have continued to face discrimination and restrictions on their rights to freedom of religion and belief, of opinion and expression, of peaceful assembly and of association.

Referring to the situation in China as a whole, the report said, “Activists and human rights defenders were detained, prosecuted and sentenced on the basis of vague and overbroad charges such as ‘subverting state power’ and ‘picking quarrels and provoking trouble’. Controls on the internet were strengthened. Repression of religious activities outside state-sanctioned churches increased.”