Sixty Years of Oppression and Exploitation: Tibet Under China 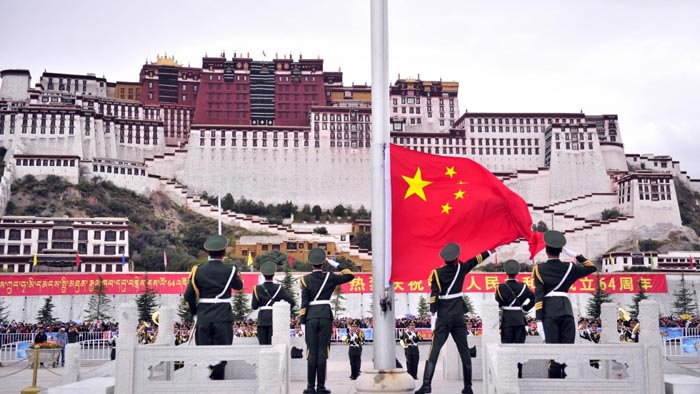 As China continues to argue how it has peacefully liberated Tibet and claims that Tibetans have nothing but gratitude to it, Tsewang Rigzin* cites vital statistical figures to point out that China remains the colonial exploiter that Tibetans contend Beijing continues to be in their homeland.

As Tibetans around the world prepare for 60th Anniversary of the March 10 Tibetan national uprising day, China has closed Tibet to the rest of the world. Although the closure of Tibet for foreigners is a regular occurrence, the circumstance is not. The March 10 Tibetan national uprising at Lhasa, the capital of Tibet, was brutally suppressed by the Chinese People’s Liberation Army. It resulted in His Holiness the Dalai Lama and his cabinet fleeing to India on March 17, 1959. About 80,000 Tibetans followed him to India where His Holiness established an exile government/administration at Dharamshala, India.

As the years in exile drag on and His Holiness the Dalai Lama ages, Tibetans in Tibet and abroad are becoming more and more anxious. In March 2008, widespread demonstrations unfolded across the Tibetan Plateau. And according to the India-based Tibetan government-in-exile, it resulted in the death of more than 203 Tibetans. Since 2009, more than 155 Tibetans from all works of life have burnt themselves as a protest against the brutality and oppressiveness of Beijing’s rule in Tibet. Unprecedented as it may be in the recorded history of humanity, the self-immolation protests in Tibet remain one of the least reported news of this decade.

When the Chinese People’s Liberation Army first entered Tibet in the early 1950s, they promised Tibetans that they would build the ‘Socialist Paradise’ in Tibet. They constructed roads to connect the Tibetan plateau with mainland China. That was Mao Zedong’s version of Belt and Road Initiative. But far from creating a socialist paradise, Tibet virtually became the biggest prison in the world. The Freedom House in their 2018 annual country freedom index described Tibet as the second least free region of the world, worse than countries like North Korea and South Sudan.

The Chinese government argues that Tibetans in Tibet enjoy their fundamental human rights and are free to practice their faith and culture. At the international stage, the Chinese government often boasts how it is modernizing Tibet by investing billions of dollars. Whenever Tibetans protest, as happens frequently, many uninformed Chinese in mainland China make quick statements to say how ‘ungrateful’ Tibetans are. Unfortunately, since there is no free flow of information in China, most of the Chinese do not know the reality. The fact is that despite attempts by the Chinese government to paint a glowing picture of the social, political and economic life of Tibetan people, the majority of Tibetans remained economically and socially marginalized in the course of China’s economic miracle.

While Tibet Autonomous Region and other Tibetan regions in the People’s Republic of China rank lowest in many Human Development Indicators, their position is very different when ranked in terms of industrial/mineral output. For instance, Tibetan regions such as those in Sichuan and Yunnan provinces rank first and second respectively in terms of Hydropower Electricity production. (Bureau of Statistics of the PRC, 2018.) Similarly, Tibetan regions such as Qinghai and in Sichuan rank fifth and second respectively among the provinces in term of Natural Gas output. (Bureau of Statistics of the PRC, 2017.)

Furthermore, Tibet Autonomous Region and other Tibetan regions in Qinghai and Sichuan hold abundant lithium resources, with their reserves being among the highest in the world. Tibet also holds vast reserves of other minerals such as gold, copper, molybdenum, and zinc. Less measurable but far more significant is environmental destruction that is taking place on the sensitive ecology of the Tibetan plateau due to excessive exploitation of Tibet’s rich resources. The explicit and implicit costs of these activities are high beyond measure. Even at the rudimentary cost-benefit analysis, the benefit that China gains from Tibet far outweigh the cost of their investment in Tibet. Regardless, scholars such as Andrew Fischer, Goldstein and others argue that most of the gains from Chinese investment in Tibet and resource extractions from Tibet have gone disproportionately to the Han Chinese., with Tibetans getting only little of it.

Far from achieving the socialist paradise in Tibet, the juggernaut of the hard-handed Beijing’s colonial and exploitative policy in Tibet has brought potentially irreversible social, economic, and cultural transformation which has resulted in political repression, economic marginalization, social exclusion, and cultural assimilation of Tibetans in Tibet. As this March 10 marks the 60th Anniversary of the suppression of the Tibetan uprising, Beijing’s exploitation and repression in Tibet continues; so also does the Tibetans’ resistance to it. 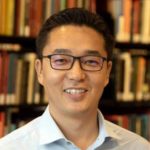 Mr Tsewang Rigzin is a Ph.D. student at Columbia University in New York City. He is the author of the book ‘Exile Tibetan Community: Problems and Prospects’ published the by Library of Tibetan Works and Archives, 2016.

China’s language policy's differential treatment of languages, the glorification of the dominant language, and the stigmatization of...
Read more
Opinions

The relative stability of US-China partnership has continued since 1972 and propelled China to its current position...
Read more
Opinions

(This piece is based on my reflection of a recent discussion about the state of science education in Tibetan schools at a...
Read more

(TibetanReview.net, Feb24’21) – China has for the first time made it clear that its geologically highly challenging Sichuan-Tibet Railway, which will run...
Read more
Society and Human Interest

It is now official in Canada too: China is committing genocide in Xinjiang

(TibetanReview.net, Feb23’21) – It is now official in Canada, as it already has been in the USA, that China is committing genocide...
Read more
China Watch

(TibetanReview.net, Feb23’21) – In what can only be seen as arrogance of audacity, China has on Feb 22 called its treatment of...
Read more
Society and Human Interest

(TibetanReview.net, Feb23’21) – The Covid-19 pandemic, which first broke out in the central Chinese city of Wuhan in late 2019, with Beijing...
Read more
Load more