(TibetanReview.net, Oct21’20) – Reporting continued improvement in the Covid-19 situation in India, almost all the states in the top 10 category contributing to the country’s caseload showed a decline in new cases on Oct 19, as compared to previous day even as Chhattisgarh replaced UP among the high burden states reporting fresh cases, reported the timesofindia.com Oct 21. The only exception was stated to be West Bengal where cases increased slightly. 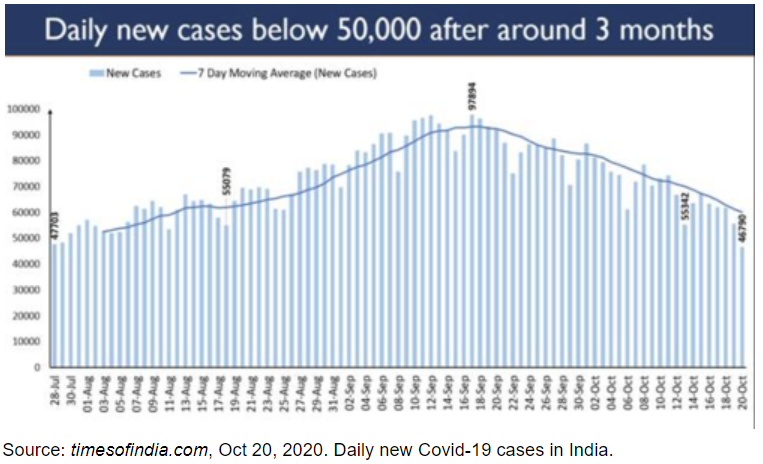 The total number of Covid-19 cases among Tibetans in India, Nepal and Bhutan had remained unchanged at 730 (↑0), of whom 421 were active, 290 had recovered and 19 (↑0) had died, according to the tally of the Central Tibetan Administration (CTA) as of Oct 21.