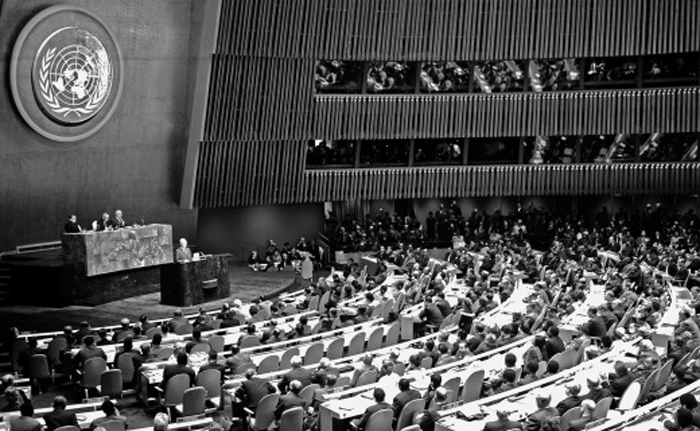 This article appeared in the Special Issue 2015 edition of the Tibetan Review.

Thank you very much for inviting me to participate in this symposium in memory of the great Professor Dawa Norbu-la. I first met him at the Institute of Higher Tibetan Studies at Sarnath where both of us were candidates for a faculty position. Had he been accepted there, we might by now have a large number of Tibetan experts in Tibetan studies. I think that was a great opportunity lost by the Tibetan exile community.

The Jawaharlal Nehru University (JNU) became Professor Dawa Norbu’s intellectual home. The university went out of its way to accommodate him, creating two posts in place of the existing one to accept two accomplished applicants. And it went on to play a major role in shaping his intellectual skills and in enabling him to propagate his ideas much more effectively.

During his lifetime there was not much acknowledgment of his contributions to Tibetan studies in general and the Tibetan movement in particular. I am very happy to hear the Tibetan establishment now acknowledging his contributions and appreciating his legacy. I would like to propose that the best tribute it can pay to his memory is to establish an award system for recognizing the best Tibetan studies done in India by Tibetan and Indian students below age of 36. So I request the organizers of this conference to put up this proposal before the exile government.

Now my presentation today is on the Tibet issue at the United Nations. Tibet has been an international issue since the 1950s but no serious attempt has been made to address this problem on the main pretext that the status of Tibet was not clear. The lack of clarity of the status of Tibet is not just because of manipulation by the Chinese. The major contributing factor, in fact, was Tibet’s own failure to move along with the tide of the change that was sweeping the world in the 20th century. So, when Tibet faced an existential threat from Communist China, it found itself in a difficult position to mobilize international support and to counter the Chinese propaganda. That was the major reason why the United Nations postponed a debate on the Tibet issue in the General Assembly in 1950s.

The basic characteristics and consolidation of Tibet as a distinct country took shape under the reign of 42 indigenous kings that ruled over it from about 127 BC. And Tibet as a distinct country has a recorded history dating from the 7th century onwards. In fact, during the 7th, 8th and 9th centuries, Tibet emerged as one of the most powerful countries which tried to expand its territory by invading neighbouring countries. However the end of dynastic rule led to turmoil in Tibet which therefore went into fragmentation, plunging it into a long period of Dark Age. However, ironically, it was during this Dark Age that there was a renaissance of Tibetan Buddhism which permeated all aspects of Tibetan life. It led to a system of rule by Lamas, initially by the Sakya Lamas and eventually by successive Dalai Lamas. The predominance of religion in every aspect of Tibetan society influenced Tibet’s external relations and led to the development of a patron-priest relationship between the rulers of China and Tibet. This system of relationship was later manipulated by the Chinese Government at international forums to justify its claim over Tibet.

Today, as the Chinese communist regime poses an existential threat to Tibet, Tibetans try to reach out to the outside world to sensitize it to the development there and to seek support for countering this aggression. In the 1950s, it appealed to the United Nations to intervene to restrain the Chinese aggression. A draft resolution was tabled at the General Assembly of the United Nations which was titled as “Invasion of Tibet by Foreign Forces”. However, the consideration of this draft resolution was deferred on the pretext that the status of Tibet was not clear. This left Tibet without any political or other kinds of support against the threat of Chinese invasion. The Tibetan army fought bravely but was ultimately defeated at the battle of Chamdo. China designed a clever way of making the Tibetans sign a17-point agreement in order to cover up this invasion and military occupation. But the discontentment and resistance against Chinese policies in Tibet continued throughout the 1950s and finally erupted into a full-scale national uprising in March 1959.

These developments in Tibet compelled the United Nations General Assembly to hold a full-scale debate and discussion on the issue during which several member states spoke very passionately in denouncing the Chinese aggression and violation of Tibet’s independence. However, the resolution that was passed after the debate did not refer to the issue as a political one of the occupation of a country. Rather, it merely expressed concern over the human rights violations. The mildly worded resolution avoided any reference to the political nature of the crisis. This was mainly because no country was ready to challenge China on this issue. Two more similarly worded resolutions were passed in 1961 and 1965.

Nevertheless, those resolutions were significant in the sense that they indicated that the international community had not turned a blind eye to the developments taking place in Tibet. It was due to the lack of political will and courage among the member states that the resolution was reduced to the issue merely of the denial of human rights. This lack of courage and political will on the part of the member states meant that the international community chose to be mere spectators to China’s policy of attacking every aspect of Tibetan culture and identity with the ultimate aim of assimilating Tibet within the mainstream of Chinese nationhood.

Between the mid-1960s and late-1980s, the United Nations left Tibet to its own fate, holding no discussions and expressing no concerns.

Tibet again captured international headlines only in late 1980s due to a number of factors. The most important of these were the unintended consequences of China’s liberalization policy in Tibet which enabled the Tibetan people to acquire a social space to reengage in building a civil society and to revive the aspiration for independence. They adopted a series of innovative methods of peaceful protest against the Chinese rule. Despite the harsh method of suppression, the frequent resistance against Chinese rule continued and it eventually led to the imposition of martial law in March 1989.

These developments captured the attention of the international media and news about Tibetan discontentment under Chinese rule received wide international coverage. Given their post-World War era focus on human rights in their foreign policy, major powers of the world expressed support for the Tibetan struggle. Even the United Nations did not lag behind. For the first time since 1965, the United Nations Sub-Commission on Prevention of Discrimination and Protection of Minorities passed a resolution in August 1991, criticizing Chinese policies in Tibet and called upon the government of China to fully respect the fundamental human rights and freedoms of the Tibetan people. However, these high sounding expressions of support and concern by the international community proved to be futile. This was because their concern for the human rights situation in Tibet clashed with other material interest of the great powers in form of trade, market and investment opportunities in China.

Given this circumstance, the Western countries persuaded the Dalai Lama to engage in dialogue with China, including by encouraging him to offer concessions. Therefore the Dalai Lama placed before the US Congress Human Rights Caucus his five-point peace proposal in September 1987 and a year later outlined before the European Parliament a framework for Sino-Tibetan negotiations in which he made major political concessions to China. This was followed by fruitless rounds of negotiations. The talks yielded no results mainly because the pressure exerted by the Western countries was not compelling enough on the Chinese leaders. The governments of the major powers of the world again failed to live up to the commitment they had made for the Tibetan cause.

Tibetans in general and their support groups in various parts of the world in particular, as well as the international media have shown determination to keep the issue of Tibet alive and used every available opportunity, like the Olympic Games; during the yearly National Uprising anniversaries; and at various religious festivals in Tibet as well as outside to express their grievances against Chinese rule. The protest demonstrations in Tibet of 2008, referred to frequently in this forum, were a turning point in a Tibetan struggle. It also generated unprecedented responses from the international community. For example, the Secretary-General of the United Nations, Mr Ban Ki-Moon, expressed increasing concern over the violations and abuses of human rights in Tibet. Similarly, Tibetans and Tibet support groups as well as international human rights NGOs were able to report about the situation in Tibet before the relevant human rights commissioners and to the various experts and special rapporteurs as well as before the various meetings of the UN Human Rights Council and thereby to try to educate and sensitize them to the problems faced by the Tibetans in Tibet.

The most interesting of these was a move by the UN Watch, a UN monitoring organization, which told the UN Human Rights Council that China’s violations of human rights in Tibet deserved a special session of the kind it had given to the Darfur crisis in South Sudan.

So despite the lack of political will among the member states of the United Nations, the Tibet issue did capture the attention of the various United Nations bodies and officials. This was thanks to the efforts of the people of Tibet, complement by the works of international NGOs and other international civil society groups which helped to maintain the spotlight on the Tibetan issue and to bring global sensitivity to it.

The ongoing activism and the responses of the various international bodies and officials may not lead to an immediate solution to the issue of Tibet. However they have the potential to lead to finding an honorable and dignified solution to the Tibetan issue in a near future. This optimism underlying my analysis is founded on the present trend in international relations which is marked by transformation from state-centric approach to people-centric approach and in which the global civil society and NGOs play a major role in shaping the international agenda and actions. Therefore the major hope is that through the support of international global society as well as international NGOs and various support groups, the Tibet issue will remain very alive and possibly move towards a major honorable solution.