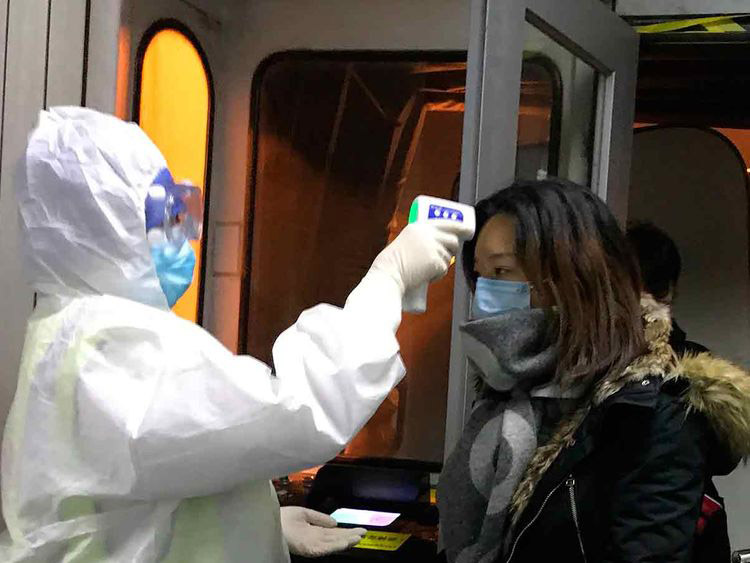 (TibetanReview.net, Jan28’20) – Authorities in Tibet Autonomous Region (TAR), the only provincial region that has not reported any coronavirus pneumonia cases in the People’s Republic of China, has activated second-level emergency response to contain its spread, according to China’s official Xinhua news agency Jan 28. However, according to the Tibetan service of rfa.org Jan 27, two students in TAR’s Lhoka (Chinese: Shannnan) Prefecture had become unwell, quoting a source as saying, “The authorities suspect them of having coronavirus symptoms, and they are being kept in isolation.”

The report did not give any further details about these two cases, including whether the patients had contact with visitors from China. However, according to the Xinhua report, So far TAR had not reported any suspected or confirmed cases of the viral pneumonia caused by the novel coronavirus.

The rfa.org report said infections were reported from two historically Tibetan territories in other part of the PRC. It cited Chinese media sources as saying three cases were reported in Qinghai province and two in Kardze (Ganzi) Prefecture of neighbouring Sichuan Province.

In Qinghai’s capital Xining, a 42-year-old woman, a three-year-old girl, and a seven-year-old boy were confirmed to be infected.

And in Sichuan, a 33-year-old man in Kardze Prefecture’s Rongtrag (Danba) County and a 25-year-old woman in Serta (Seda) County were infected, Khamba TV news website was stated to have reported Jan 23.

The reports have not said anything  about the ethnicity of the patents.

Around 1,900 Tibetans studying in Wuhan city, the suspected origin of the viral infection, were reported to have returned home to TAR, with many being still stuck there.

As a part of its activation of the second-level emergency response to contain the virus’s spread, TAR authorities have temporarily suspended from Jan 27 the operation of all its scenic attractions to tourists, reported the official chinadaily.com.cn Jan 28. The purpose was stated to be to avoid gatherings of tourists and cross-infections.

One thing that beggars explanation is that while all flights from Wuhan to the rest of the PRC were cancelled from Jan 22 to contain the spread of the infection, airline services from the city to Tibet’s capital Lhasa and Xijiang’s capital Ürümqi were stated to be still running as usual.

Meanwhile, Chinese health authorities have announced Jan 28 that there had been 4,515 confirmed cases of pneumonia caused by the novel coronavirus in 30 provincial-level regions by the end of Jan 27. A total of 106 people had died of the disease, said another Xinhua report Jan 28.

The report cited China’s National Health Commission as saying in its daily report that 976 patients remained in critical conditions, with 6,973 people suspected to be infected with the virus as of the end of Jan 27. A total of 60 people were reported to have been discharged from hospital after recovery.

There are no drugs to treat the infection and the medicines being given are all experimental.

Meanwhile the mayor of Wuhan has acknowledged criticism over his handling of the crisis, admitting that information was not released quickly enough, but pointed out that he was stymied by rules from acting in a timely manner.

Mayor Zhou Xianwang has said he would resign if it helped with public opinion but pointed out the local government was obliged to seek permission before fully disclosing information about the virus, and that their response had since become “tougher than others”, reported theguardian.com Jan 27.

The report noted that there was anger among residents that the public were not informed earlier about the potential risks posed by the outbreak, which is thought to have begun in December, or told about what precautions to take.

About five million residents left Wuhan before the lockdown on Jan 22, scmp.com Jan 26 cited Zhou as having revealed that day. It cited health officials as saying the virus’s ability to spread was getting stronger.

There have been previous reports suggesting that Beijing had pressured the WHO to play down the infection’s spread and its danger.