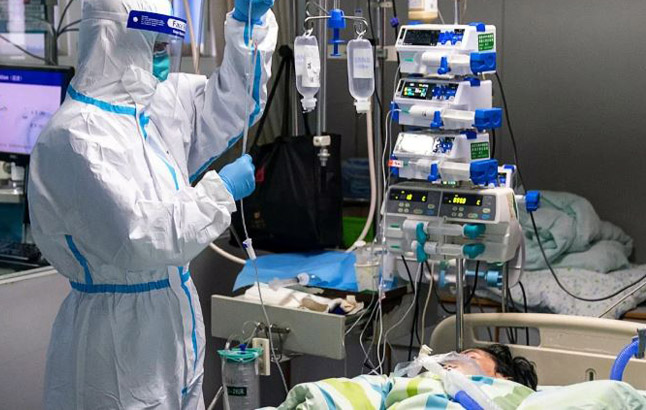 (TibetanReview.net, Jan30’20) – The first suspected case of novel coronavirus pneumonia reported in Tibet’s capital Lhasa Jan 29 has become the first confirmed case in Tibet Autonomous Region (TAR) on Jan 30. The patient, Zhang, 34, is a male resident of Suizhou, Hubei province, and had arrived by train at Lhasa on Jan 24. Meanwhile, the number of confirmed cases of the raging infection has risen to 7,711 on the Chinese mainland, with the death toll hitting 170 as of Jan 29 midnight, reported China’s official chinadaily.com.cn Jan 30.

Nepal has barred anyone from entering the country via Rasuwagadhi and Tatopani points which border Chinese ruled Tibet. The decision has been made following an agreement between Nepal and China, reported english.khabarhub.com Jan 29.

The bar will remain effective for the next 15 days, the report said.

In India, the first confirmed case has been reported Jan 30 with the country’s health ministry confirming that a student who had returned to Kerala from China’s Wuhan had tested positive for the infection.

The report said India had tested 28 samples so far for the deadly infection that broke out in the Wuhan city of China in early Dec 2019.

In China, the official globaltimes.cn Jan 29 cited Zeng Guang, chief epidemiologist of the Chinese Center for Disease Control and Prevention, as saying the battle against the spreading novel coronavirus outbreak will likely make marked progress by Feb 8.

While some experts and observers have raised concerns over delayed response of the local Wuhan authorities to the virus outbreak, Zeng has said the Wuhan government’s slow action in the initial stage of the epidemic was due to their “lack of scientific recognition” of the deadly virus and “probably some executive issues”.

Zeng commended eight residents of Wuhan, central China’s Hubei Province, who were detained in early January for spreading “rumors” about the outbreak of the novel coronavirus that has since rattled the entire country, said another globaltimes.cn report Jan 18.

The residents were released shortly afterwards but news about the arrests angered many in China as the novel coronavirus continued to spread in the country, the report noted.

“In retrospect, we should highly praise them. They were wise before the outbreak,” Zeng has said.

However, he has also backed the police by saying any judgment needs to be backed by scientific evidence and this was lacking in the eight whistle blowers’ case.