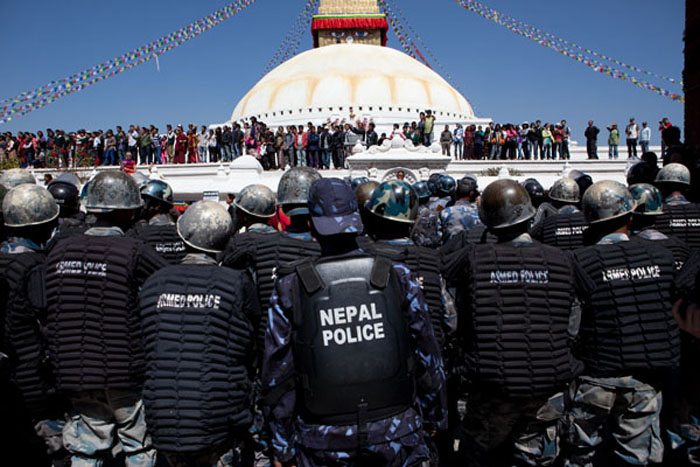 (TibetanReview.net, May16, 2018) – In its Concluding Observations on Nepal’s report, the UN Committee on Elimination of All Forms of Racial Discrimination (CERD) has on May 11 expressed concern on the plight of Tibetan refugees living with little or no protection while calling on the country “to ratify international instruments relating to the protection of refugees and adopt national legislation conforming to the standards in those instruments.” The committee held its 95th session from Apr 23 to May 11 at Palais des Nations in Geneva. Besides Nepal, the committee reviewed the State reports of Mauritania, Kyrgyzstan, Peru, Saudi Arabia and Sweden as well.

In its Concluding Observations on Nepal, the committee has stated that it “remains concerned that the State party does not have a formal asylum recognition system to ensure the respect of the principle of non-refoulement, and that while it has provided temporary shelter on humanitarian grounds to thousands of refugees from Tibet and Bhutan, it states that it is not in a position to accept any other refugees due to practical considerations. The Committee is further concerned by reports of large numbers of stateless persons in Nepal, and by reports that because identity documents are not provided to Tibetan refugees and their children, including those born in Nepal and who have been living in Nepal for decades, they are exposed to fines, detention and deportation for irregular stay, and are unable to obtain an education, open bank accounts, obtain driver’s licenses, and travel (arts. 2, 5, 6).”

The Committee has also recommended that Nepal provide identity documents to refugees in its territory. It has also encouraged the State party to accede to the 1954 Convention relating to the Status of Stateless persons and the 1961 Convention on the Reduction of Statelessness.

In its National report Nepal had stated under its “Bhutanese and Tibetan Refugees” sub-heading that it “was not a party to the Refugee Convention, 1951 and its Protocol, 1967. However, it asserted having provided shelter for Tibetan and Bhutanese refugees on humanitarian grounds.

However, it has expressed inability to accept any further refugees “because of its internal capacity constraints and other ground realities”. It has explained that the refugees who entered into Nepal before 1990 had been provided refugee status and were free to enjoy the rights and liberty in accordance with the prevailing laws of Nepal.

Nepal continues to be under pressure from China, its major donor and investor, to deny documentation and other facilities to Tibetans who have fled their homeland under its rule.