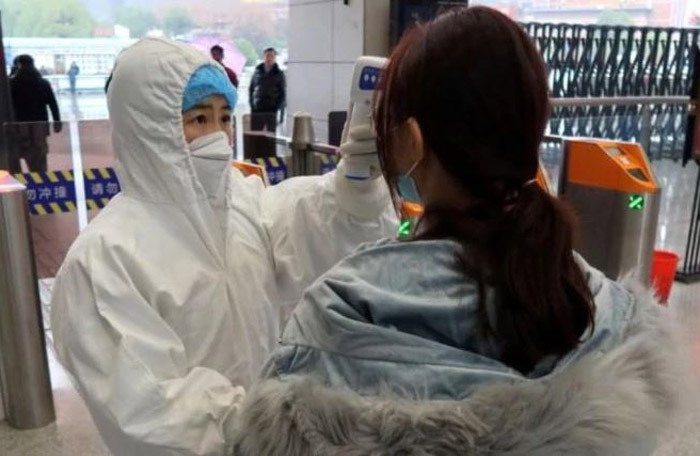 (TibetanReview.net, Feb01’20) – Although there is no official ban, experts have been urging the public not to enter Tibet Autonomous Region (TAR) for the time being after the region reported the first confirmed case of novel coronavirus infection on Jan 30, reported china’s official Xinhua news agency Feb 1. Symptoms will be more severe and mortality rate higher should people get infected with the coronavirus in the TAR, the report said.

The TAR is going through the transition from winter to spring; its air is low in oxygen. Hence patients infected by the novel coronavirus will suffer from much more severe symptoms, the report cited Shi Li, with the TAR People’s Hospital, as saying.

Shi has noted that TAR had limited medical resources and those infected may therefore face greater mortality risk.

“Even regular cases of flu here take more time to recover because of the high altitude, cold and low oxygen,” Shi was quoted as saying. “I advise people to stay at home and visit Tibet after the epidemic is totally under control.”

Meanwhile, in Qinghai Province, nine people are confirmed to be down with the infection. One of them, surnamed Gou from Huangzhong county, had returned from Wuhan where he had worked for a long time. He has been charged with endangering public security by dangerous means for having deliberately concealed his true itinerary and activities, and fabricated false information about the date of his return home.

Gou was also accused of deliberately hiding the fact that his son, also suffering from the infection, had returned to Xining from Wuhan together with him. The son had gone out many times and had close contact with people, reported China’s official chinadaily.com.cn Feb 1.

Meanwhile Hong Kong-based outside researchers have estimated in an analysis released Jan 31 the actual number of people infected in Wuhan could be about 75,815, which is 10 times the official Chinese figure that day.

“Given that 2019-nCoV is no longer contained within Wuhan, other major Chinese cities are probably sustaining localised outbreaks,” washingtonexaminer.com Jan 1 researchers as having reported in the Lancet, a major medical journal. “Large cities overseas with close transport links to China could also become outbreak epicentres.”

The researchers were reported to have arrived at the figure by analyzing the numbers of inbound and outbound flights at Wuhan’s international airport, taking into consideration the period of time in which the outbreak has been at its height. They were stated to have looked at the number of cases that had shown up in cities outside of mainland China as a baseline and then measured how many people had flown into Wuhan before symptom onset, taking into consideration how quickly the virus is believed to spread.

China’s latest official report says that as of Feb 1, there have been 11,791 confirmed cases across the country, with 259 deaths.

The virus has been confirmed in more than a dozen countries with the total number of infections reaching nearly 12,000.