(TibetanReview.net, Jul03’20) – An author and her publisher in Australia have been forced to cancel a book printing deal in China after the latter wanted to censor the manuscript by removing two words: “Tibetan Buddhism.” The book has nothing to do with politics. It focuses on the author’s journey as a teenager, after she moved to Marlborough in New Zealand to live with her recently single father and his hippy friends at the age of 14, following a fallout with her communist grandmother.

Sydney-based author Miro Bilbrough’s​ upcoming memoir, In the Time of the Manaroans, was due to be printed in China until the advice came for her to remove the two supposedly subversive words. 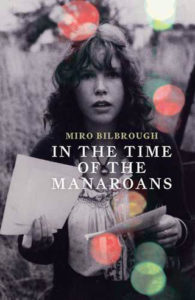 Noting that China had overt, geo-political views about Tibet by not recognising it as a country, Bilbrough has said, “That is what censorship is, they are symbolically erasing Tibet. I did feel quite sick when I read the email.”

“I’m really happy that Victoria University Press is taking the book elsewhere – and not pandering to this very overt censorship,” stuff.co.nz Jul 3 quoted her as saying

She has said the use of the phrase “Tibetan Buddhism” related to a discussion of the concept of karma and the book itself was not about Tibetan sovereignty, but, rather, about the experience of being a child of hippies in 1970s New Zealand.

Craig Gamble, the Publishing manager at Victoria University Press, has said all books printed in China must be approved by the censor, and the organisation allowed time for the possibility of last-minute changes.